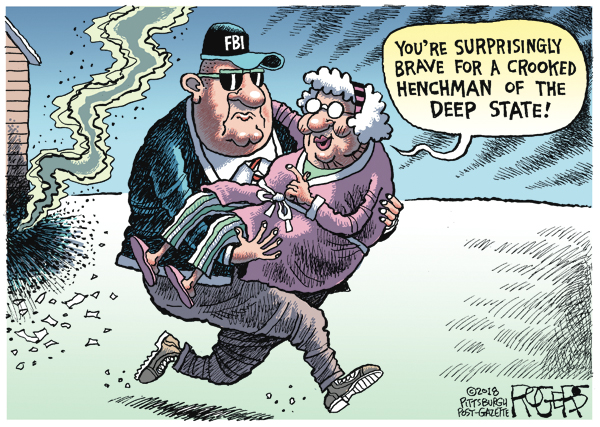 I am glad that Rowan’s capable staff, administration and elected officials are focusing on mitigation of the damage caused by the opioid crisis.

There are multiple causes, and certainly if the pharmaceutical industry put profit above the patients’ well-being, then they also should be held accountable. It is to be seen to what degree they may have withheld material information about the dangers of their products. So this matter surely merits Rowan County’s attention. Thank you.

This is akin to suing beer companies for alcoholism. Where is the accountability of the user in all of this? There are millions who use this medication responsibly and as prescribed. Driving the cost of medication up for the rest of us is all this will accomplish.

I agree the drug companies have pushed their products. The question remains who is the culprit for all the abuse. …

When you abuse medication for a high, is it not your choice? For those that have overdosed, caused harm or injury to another in an altered state: You broke the law. Why no real punishment? Why are they just given a slap on wrist?

Those poor addicted need help, yes, … but not from my pocket, more than once. Start making these “poor” addicts pay for their treatment. …

Rowan County/Salisbury, do you really think that jumping on the bandwagon with others is going to solve this problem? Really. Do something now. We don’t need to spend money on new signs, sculptures throughout and any project you throw money at. And we certainly do not need to wait years for the lawsuit to be won or lost. Rowan County/Salisbury, don’t be like the rest and depend on others to solve the problem.

… A step forward for Fibrant and Salisbury

Why don’t you do a story on Hotwire Communications’ history and financials? Inform the public that this is a LLC that has not published any public financial records. …

Be very careful, Salisbury voters. Be sure you are not letting the wolf in the door.

Everyone should be outraged that we have a N.C. state law that restricts Fibrant from operating outside of Salisbury and across Rowan County. Our elected officials (Mr. Ford and Mr. McInnis) should state how they allowed this it to happen. We are their constituents, not Spectrum and the other ISPs.

The folks in Raleigh have been watching what has been going on in Salisbury, and because the city has not been able to take care of the issue, they are even more hardened into not allowing to happen. The words that were used were “never again.”

Raleigh is even very cold to the idea of municipalities leasing their fiber to outside people. I sure hope the lawyers here have their ducks in a row. The state could put a halt to all of this.

When I was director of Fibrant I worked very hard to try to expand legally. Fibrant was voted into Granite Quarry, Spencer and areas of the county for expansion. This was a legal exception to HB129. The problem was that city employees and City Council did not allocate funds to do the expansion, even though we had businesses lined up and could do an eight-month return on investment. This left a number of companies twisting in the wind.

In regards to covering the internet “deserts” (good term BTW), the model that Hotwire uses is not financially viable for rural areas.

My main concern is for the present employees of Fibrant, and the fact that there is a potential for millions of dollars leaving the area and the state instead of staying here. …

Also, Salisbury could have been a technology hub! … At least we have the county that sees the vision of what this area can be by putting together a broadband task force and creating an innovation/entrepreneur center to help bring new jobs to the area. Great job, Rowan County!

Two new factors are evident now. First, the “big boys” won’t spend the money to expand into rural areas. Second, with voter approval, Fibrant will be leased and completely operated by Hotwire Communications, a private sector company. Perhaps it’s time for the state legislature to allow Fibrant to expand its reach.

I agree with Mayor Pro Tem Post. It is time Fibrant was taken out of the penalty box and allowed to help in an area that needs its services. Now that would be the county and city working together for a better community.

… Letter: Secure the schools instead of attacking NRA

Most Rowan-Salisbury system schools have been made very difficult for visitors to enter. It’s a credit to Rowan-Salisbury school leaders to have taken these steps. Only the older schools with multiple buildings connected by walkways can be entered without being admitted by the front office. Fire codes prevent windows and doors from being made impenetrable.

I really hate to hear that Madison is “terrified to go to school every day.”

However, it should be mentioned that much of her anxiety and apprehension is rooted not in the violence our schools are experiencing, but in the mass hysteria and sensationalism brought into these shootings by the mass media and information age we live in.

Evidence shows that schools are not experiencing more shootings. In fact, the converse is true. A March 1 article published by (normally left-leaning) The Intercept says recent research shows “schools are actually increasingly free of mass shootings.” The same research also points out that “more children are killed every year drowning in pools or in bicycle accidents than in school shootings.”

Keep speaking out, Madison. Your generation will be the change this country desperately needs.

It is good to hear from students who are in the line of fire. You touched upon the real reason for the Florida school shooting. It’s not mental illness. It’s anger that has metastasized over a period of time into rage.

Sad that liberal parents will use their children. First, the gun only fires one round per trigger pull. Second, you do have to go though a background check to buy any gun.

Third, you want better background checks? Get the liberals to back off the HIPPA laws for people that have mental problems.

These kids are being used to push a liberal agenda when they become old news they will be discarded in the search for a new victim.

They should be praising the school resource officer in Maryland that stopped another shooter with his gun.

This reminded me that the etymology of “privilege” is literally “private law.” Perhaps with the rise of realistic fake videos, which the Post reported on yesterday, our political figures will have to keep meticulous records as to where they were, when and with whom.

Worked with both when I was at Salisbury Fire Department and part time with EMS. These are two of the best ever.

My first job was at Rowan Memorial in 1979. That was about the same for Rhonda and Heather. I remember first working with Heather in the ICU. She was amazing always.

Rhonda took care of Dad in the ER several times. I knew all would be well with her in charge.

…  Thank you for your tender, strong nursing care to many in our community.

Rhonda Harrison is an amazing person and an excellent nurse. She deserves a long, happy retirement. Bobby should be able to get her out of the house more than one day at a time. It is a sad day for Novant with the loss of these two.

.. After tragedy, a Salisbury treasure is brought back to life

Always loved to go to O.O. Rufty’s, and my kids did too. My Daddy said they carried everything you needed, “from the cradle to the grave.” It would be great to see another general store go in the retail space.

… Are we really paying attention? Don’t overlook signs that kids may be suicidal

Excellent information for those who have never had to deal with it personally. Signs are all around and it’s easy to be “so busy” that we become blind and aware.

As a mother of three young boys, one being a teenager, I believe it’s imperative that we cover (pray) and coach them on being honest about what they’re dealing with.

Suicide is not the only consequence of pent-up, neglected emotions. It’s the anger that turns into the kind of rage exemplified by mass shootings and murder. These victims have little if any anger management skills and will tend to explode into the headlines as mass killers. They are most likely not mentally ill.

The town hall, organized by several committed citizens of Cabarrus and Rowan counties, was only the beginning.

The Poor People’s Campaign: National Call for a Moral Revival is truly a much-needed movement for such a time as this. Poverty, systemic racism, ecological devastation and an economy focused on war does not discriminate. Its impact reaches far and wide. But when people are united, we are never defeated.

Thanks to organizers for shedding light on issues that greatly impact our everyday life. We are our brothers’ keeper regardless of class, race, ethnicity, gender, etc. We can work together to bring about change.

The average worker in China earns approximately $5,000 per year in American dollars. While this may seem like a ridiculously low wage to us, it is significantly more than they made 20 years ago. So, while the writer calls these slave wages, many Chinese consider it progress and a step in the right direction.

One man’s slave wages is another man’s chance at a better life.

Thank you for helping the wonderful people of Haiti. I’ve not been, myself, but one of my brothers and his family go every year (sometimes twice) and work with the Ryan Epps Home for Children in Michaud. They and their daughter’s family each are sponsoring children to attend the school and learn so they can help their own country rebound from the tragedies and natural disasters that have afflicted them. Here is a link to the home: http://www.ryaneppshome.com/

Good job. Our officers and deputies work diligently to protect us. Give them a salute or wave when you see them.