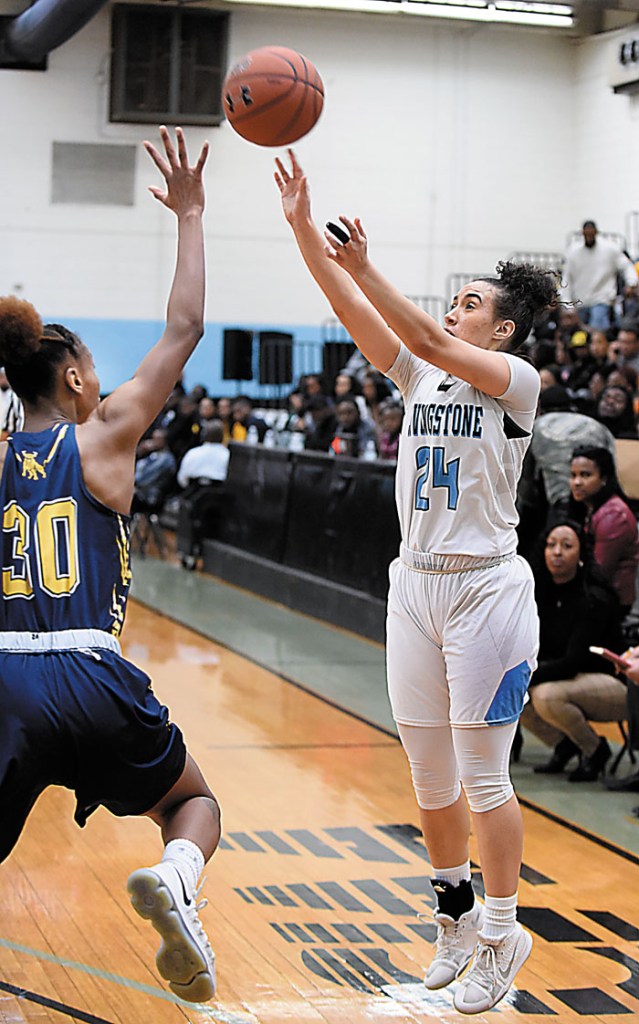 SPENCER — Former Livingstone College standout Darra Walker is only 26, but she brings a wealth of basketball and life experience to North Rowan’s girls basketball program.

Walker was recently announced as the new head coach of the Cavaliers.

She is employed as assistant manager of  a Shoot 360 franchise in Charlotte, a state-of-the-art training facility that combines old-school drills with advanced hoops technology. It’s a facility that attracts college players and pros.

“The most advanced training site in the world,” is how Walker describes Shoot 360 on social media.

Walker replaces Anthia Smith, who guided talented, but shorthanded Cavalier teams to a 27-12 record in her two seasons. Smith was 2-for-2 as far as being voted conference coach of the year by her peers.

North has been very good in recent seasons, but the competition in the county has been tough. Carson went undefeated and racked up a state championship in 2020-21. Salisbury, which competes in the 1A/2A Central Carolina Conference with North, went all the way in 2021-22.

Walker is a native of Chambersburg, Pa., which is in the central part of the state, not far from the Maryland border. The city, which has about 21,000 citizens now, figured prominently in American history in July 1863.  It’s about 25 miles from Gettysburg.

Walker was an All-Franklin County high school player, a 5-foot-7 guard who could really shoot. She graduated from high school in 2014.

In the 2014-15 season, she averaged 12.3 points per game for Harcum College in Pennsylvania.

In 2015-16, she was part of a record-setting Harford Community College squad in Bel Air, Md. Harford’s Fighting Owls went 27-3, scored 121 points in one game and averaged 94 for the season. Walker made 65 3-pointers and averaged 14.6 points. Also part of that high-powered team was Walker’s future Livingstone teammate Daisa Harris.

Walker spent some time traveling “from sea to sea” before returning to college basketball.

She arrived at Livingstone for the 2018-19 season and earned at least one CIAA Newcomer of the Week accolade as a Blue Bear. In 2018-19, she averaged 13 points per game and made 77 3-pointers.

Majoring in business administration, she finished her playing career at Livingstone in 2019-20, a season in which she made 73 3-pointers and averaged 11.3 points.

In two seasons as LC’s top 3-point threat, she made 150 from long distance. Not surprisingly, she was an excellent foul shooter, knocking down better than 80 percent of her free throws.

Walker discovered she had a love for basketball at the age of 8.

Her favorite athlete is LeBron James and her hidden talent is baking.

“Life happens for you, not to you,” is Walker’s motto.

She’s excited to be taking the reins of the Cavaliers.

North graduated Hannah Wilkerson, one of the top scorers in school history, but rising junior Bailee Goodlett was the county’s No. 2 scorer in 2021-22.

Brittany Ellis, who was all-county and all-conference, is also a rising junior.