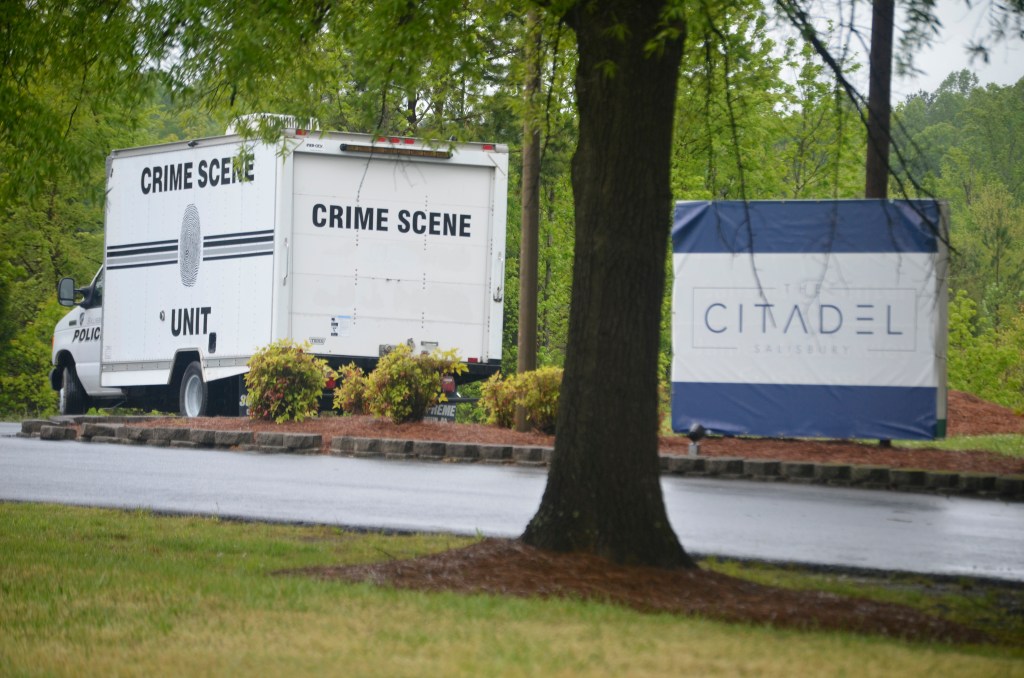 The Salisbury Police Department crime scene vehicle was at the Citadel in 2020 after family members complained about the facility, which was the site of a COVID-19 outbreak. The purpose of the Crime Scene truck on site was to facilitate detectives changing and staging in proper PPE. Shavonne Potts/Salisbury Post File Photo

SALISBURY — The Citadel, an embattled congregate care facility on Jake Alexander Boulevard, will soon be cut off from Medicare funding.

The Centers for Medicare & Medicaid Services on Wednesday announced the termination of its Medicare agreement with the facility due to its “failure to meet Medicare’s basic health and safety requirements.”

“Involuntary termination of a provider agreement is generally a last resort after all other attempts to remedy the deficiencies at a facility have been exhausted,” read the notice. “In this instance, the CMS has found that The Citadel Salisbury is out of compliance with CMS basic health and safety requirements.”

Medicare payments will cease on May 19, but payments may continue for up to 30 calendar days for patients admitted on or before that date.

The severance of federal funding will likely force some residents at The Citadel to move. In the notice, the Centers for Medicare & Medicaid said it will be “closely monitoring the relocation of Medicare and Medicaid patients” from The Citadel to other facilities. For residents, patients and their family members, the organization recommends visiting the cms.gov website for additional assistance through the relocation process.

Since at least the beginning of the pandemic, complaints, lawsuits and damning reports have piled up against The Citadel.

The Citadel experienced the largest COVID-19 outbreak in the state in early 2020, when 168 cases were reported among staff and residents. By the fall, The Citadel was the source of 21 local deaths. Residents and their families described the facility as being severely understaffed and said staff members didn’t wear masks in rooms.

On Feb. 23, Wallace & Graham sued The Citadel again “due to its failure to notify a resident’s designated contact and power of attorney of the resident’s COVID-19 related death in a timely manner.” The suit alleges that The Citadel failed to notify family representative Ronald Barber of the death of his aunt and Citadel resident Dorothy Mildred Cleveland. Barber did not learn of his aunt’s death until the day after her death, when he received a call from the funeral home director who had already embalmed her body, according to the suit.

An inspection report released in April by the state Department of Health and Human Services indicated that many of the same problems referenced in the lawsuits and by residents and their families have persisted. In the report, a nursing aide at the facility described staffing as “horrible” and said they were unable to help residents with showers and baths, or help them get out of bed as a result. The report also said the facility failed to prevent resident abuse when a nurse aide “became too rough while providing resident care by scratching his right wrist and covered his mouth with her hand.” Those were just a few of the troubling details in the 169-page report.

The Citadel is owned by Accordius Health and parent company Portopiccolo Group. Accordius Health manages another congregate care facility of the same name on Statesville Boulevard. An inspection of that facility conducted last year found a number of similarly disturbing issues, including failure of staff to effectively respond to a resident eating a mouse.