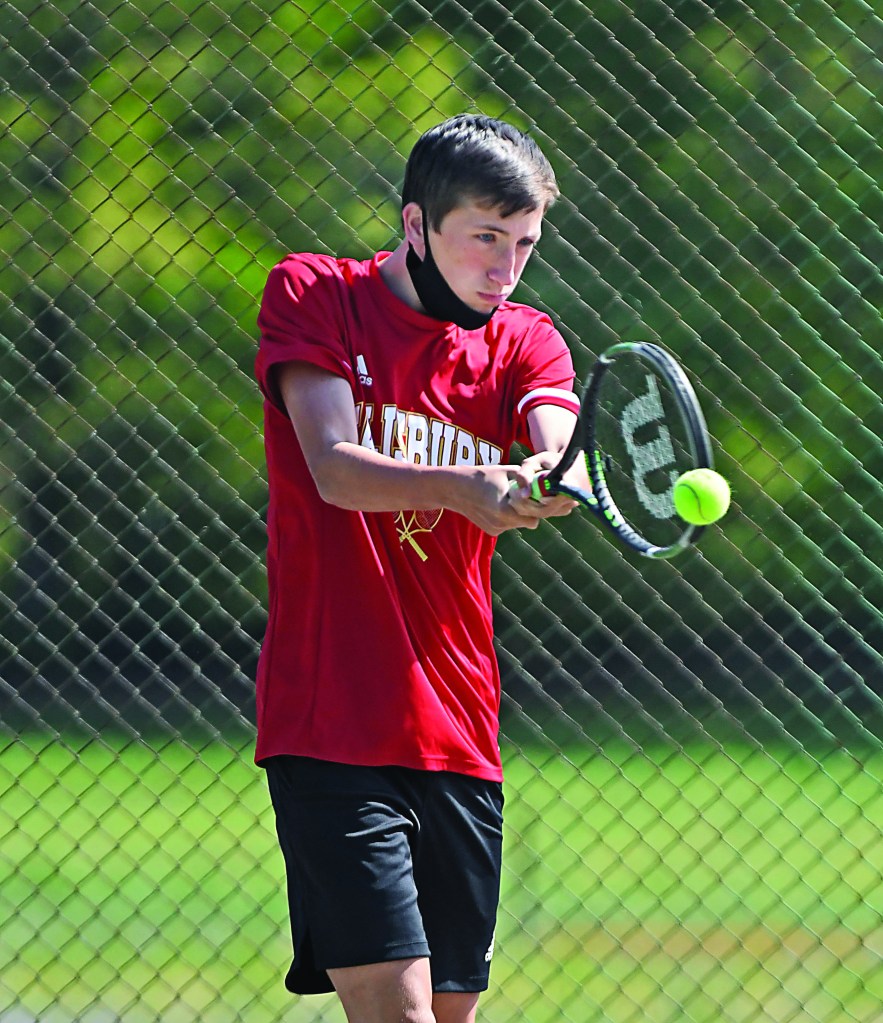 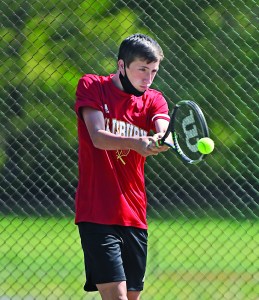 The Hornets are playing without No. 1 Will Koontz (illness).

East Rowan baseball stayed undefeated with a 6-3 win against the Burlington School at Staton Field on Thursday.

The Padgetts, Cameron and Morgan, and Griffin Warden had key hits for the Mustangs (4-0).

Hickory Ridge romped 20-3 against A.L. Brown in  a Greater Metro game on Thursday.
Anthony Umbach and Caden Haywood swung the biggest bats for the Bulls.
Three Bulls combined on a no-hitter.
•••
Davie baseball won 4-3 at R.J. Reynolds on Thursday for a Central Piedmont Conference victory.
Bayden Hazlip struck out 10. The War Eagles turned a double play to end the game.

Sutton Webb continued her incredible start, scoring every goal for Salisbury.
Sydney Hlavacek and Kyna Zaldivar had assists for SHS.
Hannah Schmeltzer recorded eight saves for the Hornets.
“We started out very slowly and fell into some of the same traps that we’ve been struggling with this season,” SHS coach Matt Parrish said.
SWR scored first and stayed on top most of the first half.  Webb leveled the match late in the opening frame and then took it to another level in the second.
“The team responded well all around and we were much more cohesive and controlled after halftime,” Parrish said. “I was proud of them for controlling their emotions despite external distractions and our most physical match yet. The defense of Madelyn Lawrence, Stella Koontz, Sage Huffman and Tae Wilson played a tremendous second half. Wilson played her best match of the season.”
Salisbury also got strong contributions from Zaldivar, Abby Campion and Angelee Garcia.
Next up is another talented first-time opponent, Uwharrie Charter, out of Asheboro. The match is on March 21 at 5 p.m. in Ludwig Stadium.

A.L. Brown rolled in a non-conference doubleheader with Salisbury on Thursday.

In a 16-1 romp, Avery Bracewell was the winning pitcher.

Katie Peeler had two hits for the Hornets. Mallory Link knocked in a run.

In the second game, Campbell struck out eight Hornets in a 10-1 victory.

Belfield, Gracie Brown and Kaylee Yow had two hits each for the Wonders (5-0). Yow drove in three.

Peeler had a triple to plate Salisbury’s only run.

McKenzie Mixon and Audrea Fowler homered for Davie in a 16-0 win against South Iredell on Thursday.

The evening featuring a cocktail/social hour, special guest speakers, a special award presentation, and the opportunity to make a difference for our exceptional Catawba women’s athletic teams.

In second place in the standings is Queens with 724 points.

Following close behind in third place is Lenoir-Rhyne with 721 points following a second place finish in women’s indoor track and field.

Catawba is in fourth place in the standings with 629 points, with Carson-Newman in a very close fifth place with 626 points.

Anderson landed at No. 7 in the standings with 555.83 points and Limestone came in at No. 7 with 524.5 points.  Tusculum posted a No. 8 finish in the winter standings with 485.33 points. Newberry and Lincoln Memorial are tied for ninth with 428 points each.