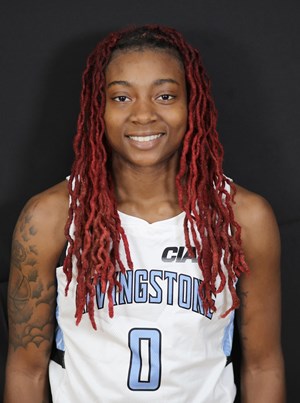 BALTIMORE – No. 12 seed Livingstone continued its surprising run in the CIAA Tournament, outlasting No. 4 seed and Southern Division champion Johnson C. Smith 50-48 in a women’s quarterfinal matchup at Royal Farms Arena on Thursday.

Two free throws by Daijah Turner with 7.5 seconds left sent the Lady Blue Bears (7-19 overall) to the semifinals, where they will face No. 1 seed Lincoln, the Northern Division champion, on Friday at 2 p.m.

This will be Livingstone’s first semifinal appearance in 2016.

Turner, the Food Lion Game MVP, scored 14 points, including the game-winning free throws. She was fouled and sent to the line after grabbing a rebound as seconds ticked down. The Livingstone guard calmly sank both free throws to put her team ahead by two.

The Golden Bulls (15-10 overall) pushed the ball up court quickly for the win or tie, but the shot was blocked. JCSU regained possession with 0.6 seconds remaining after a tie-up following the block. On the ensuing play, the shot grazed the front of the rim, setting off a celebration on the Livingstone bench.

The Blue Bears regrouped in the second period, outscoring the Golden Bulls 23-13 to take a 29-28 halftime lead. Livingstone rallied back in the game behind sharp shooting (69.2 percent) and stifling defense, limiting the high-scoring Golden Bulls to 25 percent shooting in the period.

Alexander and Lake each had four points and five rebounds for the Blue Bears in the first half. Jones led the Golden Bulls with 12 points and three steals and Harris added six points.