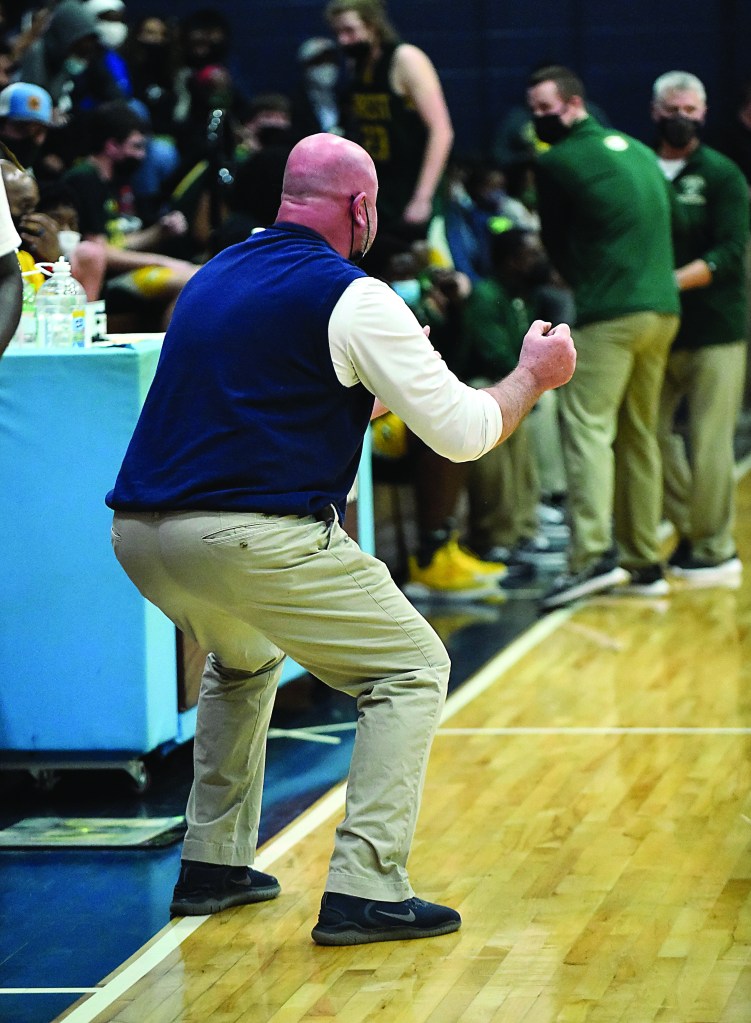 The result on Saturday was West’s rugged and ragged 41-37 win at Northwest Cabarrus that avenged a 60-55 home loss to the Trojans early in the South Piedmont Conference season.

West (9-7, 7-4) pieced together 41 points, with eight players contributing in the scorebook. The Falcons inched back in front of the Trojans (10-9, 7-5) in the standings. Northwest knocked off second-place Concord on Friday in overtime, but couldn’t keep the momentum going.

West has an enormous height advantage over Northwest, but its young height.

West got behind in the first quarter, but held the home team to four points in the second quarter to move ahead 22-17 at halftime. It was 30-26 going to the fourth quarter — a serious struggle to score for both teams.

West’s 6-foot-9 sophomore Bryson Cowan didn’t scratch until the fourth quarter, but he caught a nice pass, went up strong and dunked with 6:46 remaining for a 32-26 lead.

Two Will Givens free throws stretched the Falcons’ lead to 35-28 at the 5-minute mark.

Northwest got driving layups from Mason Trombley and Jordan Gonder for 35-32.

Then Trombley missed two free throws that could have gotten the Trojans within one.

Gurley called timeout with 1:52 left after the Falcons launched an airball but were awarded the ball out of bounds after the fight for the rebound.

Gurley was able to settle his team down. After that timeout, West worked the ball patiently to Cowan The towering youngster got the roll on a point-blank shot in the lane with 1:30 left for a 37-32 lead.

Jacobs was fouled on a 3-point attempt out of the corner, but he was only able to convert one free throw for 38-32 with 1:07 remaining.

Gonder, who carried Northwest’s offense with 20 points, got a three-point play on a stickback and added a layup after Northwest pilfered the inbounds pass. Gonder’s five points in the span of a few seconds sliced West’s lead to 38-37.

With 33 seconds left, Givens made two clutch free throws for a 40-37 lead.

Northwest missed on an open 3-point look to tie, and Peter Williams-Simpson came down with the biggest rebound of the game for West.

Givens made one of two free throws with 6.8 seconds left to seal a hard-earned win.

Now West faces a busy week, all at home, to close the regular season — Concord on Tuesday, Carson on Wednesday and East Rowan on Friday.