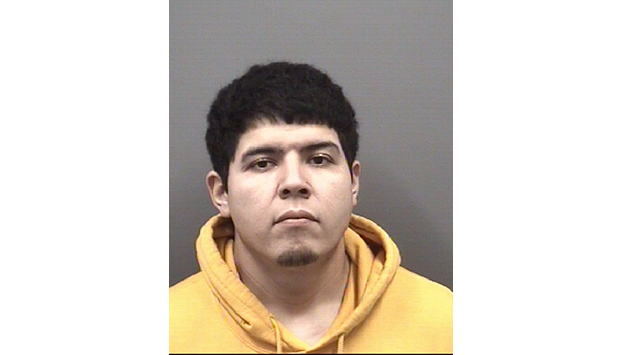 SALISBURY — Collectible basketball shoes, gaming consoles and guns were among items taken in October break-ins that produced charges for a 26-year-old man.

In the first break-in — in the 1100 block of Rock Pond Lane on Oct. 1 — several pairs of shoes, $1,200 in cash, a semi-automatic handgun and a PlayStation console were stolen, according to the Rowan County Sheriff’s Office. The highest-value pair of shoes were high-top Jordans worth $700.

The second break-in — in the 200 block of Ervin Loop on Oct. 9 — involved the theft of 43 pairs of shoes, a Glock handgun, a flatscreen TV, laptop, Playstation, Xbox and a 5-gallon jug of coins, the Rowan County Sheriff’s Office said. A pair of Jordan brand shoes worth $600 were among items stolen.

Chief Deputy David Ramsey said the combined value of items stolen was greater than $10,000 and that Alvarado had a role in both.

Ramsey said some of the items, including 14 pairs of shoes, were recovered during the search of a house in the 2600 block of Sherrills Ford Road. Alvarado lived there in a building behind his father’s home. Marijuana and drug paraphernalia were also found in the home.

Previous crimes that led to the possession of a firearm by a felon include a conviction for indecent liberties with children in 2017. At the time, Alvarado was 20 and the victim was 15.