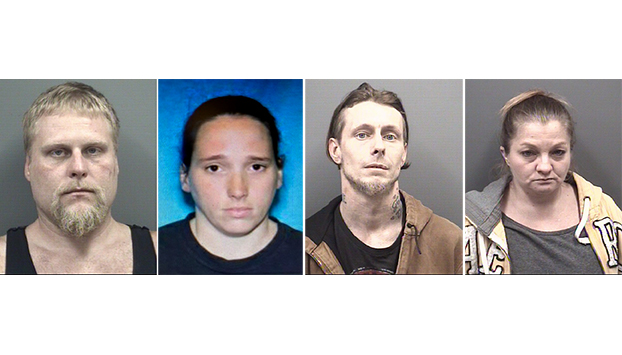 Juan Marcelino Gomez, 32, was transported to a Triad-area hospital after being shot with a shotgun in the 900 block of Carter Loop Road in Rockwell. The suspected shooter, John Pierre Jandrew, a 33-year-old from Mount Pleasant who goes by the nickname “Junkyard,” faces a charge of assault with a deadly weapon with intent to kill inflicting serious injury.

Jandrew remains at large, but Rowan County Sheriff’s Office Chief Deputy David Ramsey said Tuesday that Michael Ellis White, who lives at the home where the shooting occurred, was arrested for felony obstruction of justice and altering or destroying evidence.

Ramsey said Rowan County Sheriff’s Office detectives are still seeking Jandrew’s girlfriend, Tiffany Nicole Trull, on a charge of being an accessory to the shooting and felony obstruction of justice. Trull is accused of driving Jandrew to and from the home where Gomez was shot.

Jandrew is still considered armed and dangerous. He is a white man, 6-foot-2 inches tall and weighs about 250 pounds. He has blue eyes, blonde hair and a large tattoo on his back that says “junkyard dog.” He also has a grim reaper tattoo on his left upper arm and a joker’s wild tattoo on his right upper arm.

Trull is a 33-year-old white woman who is 5 feet 4 inches tall, has brown hair and brown eyes.