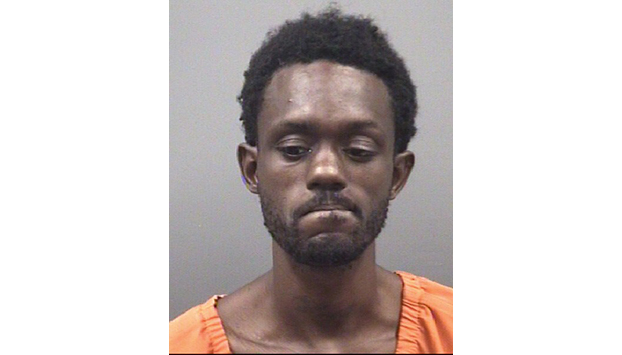 Rahjan Wesley Crawford, 29, was jailed Sunday for a charge of felony breaking and entering for allegedly throwing two large rocks through the front glass door of a home in the 2600 block Faith Road. The glass door shattered as a result.

Maj. John Sifford of the Rowan County Sheriff’s Office said the home belonged to a woman who allowed Crawford to shower at her home earlier in the year after he became a regular at her business. When she was driving Crawford back to Salisbury, he said something inappropriate and she kicked him out of the car, Sifford said.

He reappeared at the woman’s house this weekend and allegedly tossed rocks through her door after asking to speak with her, Sifford said.

Crawford remained in the Rowan County Detention Center Monday with a $20,000 bond.

• A woman reported a larceny Thursday in the 3800 block of Stokes Ferry Road.

• A juvenile overdosed Thursday in the 1500 block of Peeler Road.

• A man on Thursday reported a larceny in the 400 block of Hope hill Road in Salisbury.

• A woman on Friday reported a shooting into a vehicle in the 1000 block of West Horah Street in Salisbury.

• A larceny from a vehicle was reported Friday in the 1900 block of West Innes Street at Walgreens.

• A man on Friday overdosed in the 100 block of Depot Street.

• A police officer on Friday spoke to a juvenile in the 1200 block of West Monroe Street about ammunition he found.

• A man on Saturday reported a vehicle larceny in the 700 block of South Martin Luther King Jr. Avenue.

• A man on Sunday reported a larceny from a vehicle in the 100 block of West 15th Street in Salisbury.