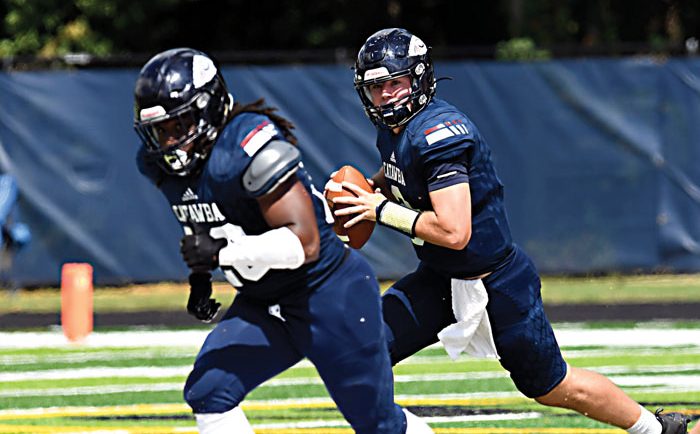 Catawba's Jyrea Martine (28) looks to block for quarterback Ken Avent III in last Saturday's game against Barton. This weekend's game against Wingate was called off by COVID-19 protocols. Photo by Wayne HInshaw, for the Salisbury Post

It would have been the first road game and first conference game for the Indians (3-0).

The contest, originally scheduled for a 6 p.m. kickoff, has been canceled due to COVID issues within the Catawba program.

While Catawba is listing the game as a postponement (leaving open the possibility of a makeup date), Wingate is considering it canceled —  “With no open dates scheduled throughout the rest of the season, a makeup game is unlikely.”