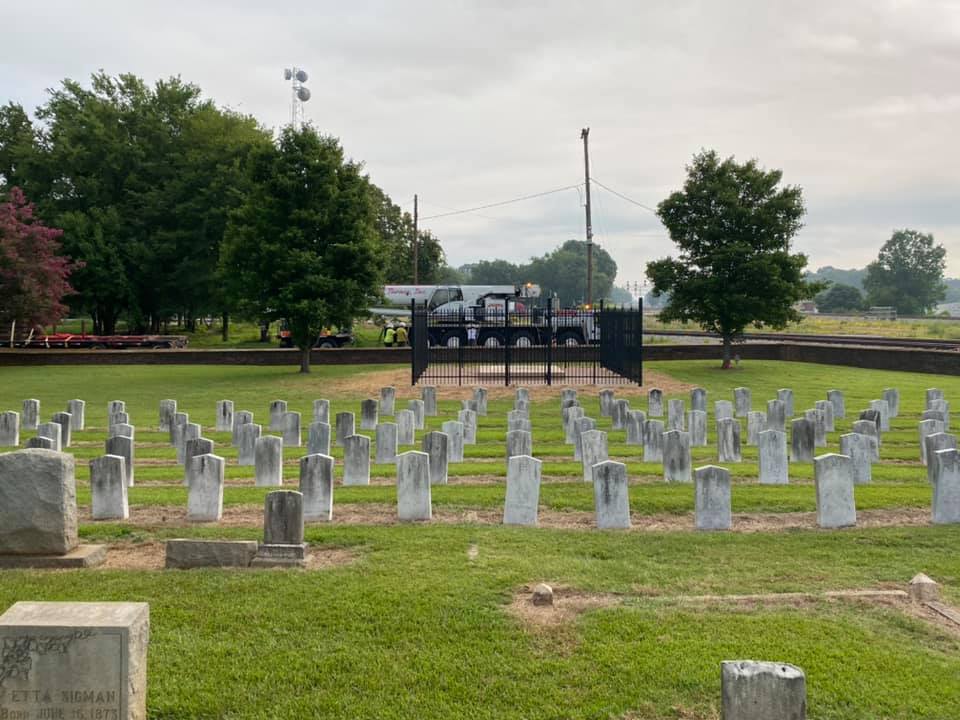 Construction crews arrived at the cemetery on North Lee Street Friday around 9 a.m. to move Confederate monument "Fame" into its new location.

SALISBURY — Construction crews are at a cemetery on North Lee Street this morning to place the Confederate monument “Fame” on its base.

The statue and its base previously sat in downtown Salisbury in the median of West Innes Street. It was removed from its location in the early hours of July 8th after the Salisbury City Council and police chief expressed concerns about its effect on public safety as well as public concerns about its symbolism and ties to the Confederacy. The Robert F. Hoke Chapter of the United Daughters of the Confederacy, which owns the monument, also signed an agreement with the city that OK’d the move.

Construction crews on Friday arrived at the Old Lutheran Cemetery around 9 a.m. to move the “Fame.”

About $65,000 in privately raised money is paying for amenities to the site, which will include cameras, lighting and an 8-foot-high, black, metal fence.

Established in 1768 by John Lewis Beard and called the Old Lutheran Cemetery, the new location contains a number of Revolutionary War and Confederate tombstones. The property was deeded to the city in 1980.

The monument was dedicated in 1909 after the city of Salisbury granted the Robert F. Hoke Chapter of the United Daughters of the Confederacy an easement to land in the middle of Innes Street. Salisbury’s monument had been removed only once before — when the top was taken for cleaning and restoration in the 1990s.