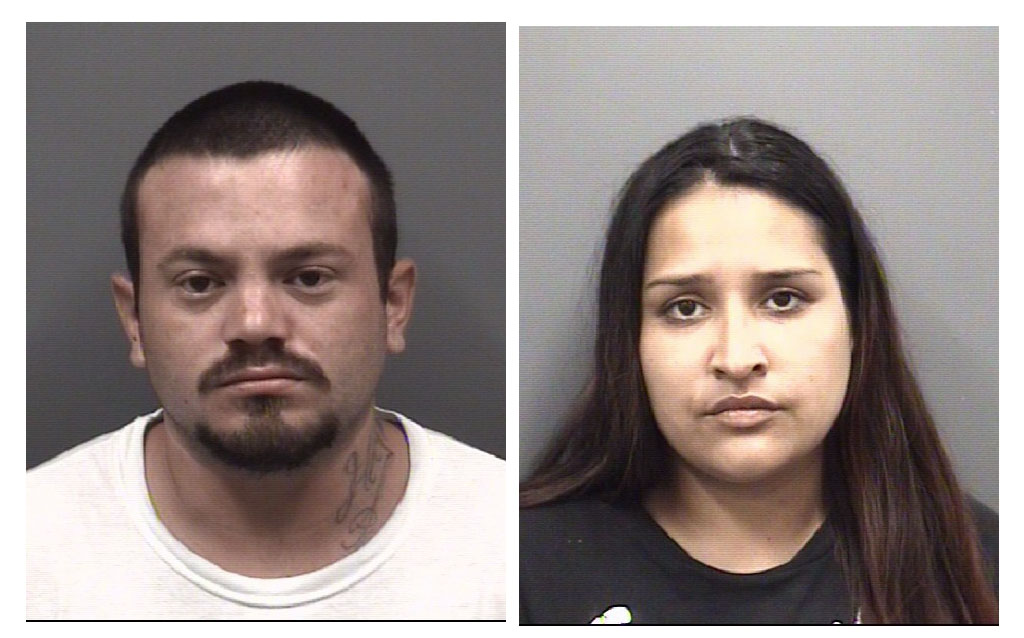 MOORESVILLE — A Mooresville resident allegedly involved in a break-in and accused of stealing firearms as well as his passenger were arrested Sunday following a car chase and crash around 9:30 p.m.

The Rowan County Sheriff’s Office said on Monday that a deputy responded to a call around the 200 block of Meadow Lane on Sunday night regarding a potential break-in in the area. The caller reported the sound of glass breaking and a suspicious car. The area in which the deputy responded was in Rowan, but some western parts of the county have Mooresville addresses.

When the deputy arrived, both doors into a mobile home were opened and a window was shattered. Bags and luggage were sitting next to the door, the sheriff’s office said.

The deputy saw a 2009 black Volvo and caught up to the vehicle as it pulled into the yard at 340 Meadow Lane. The suspect drove around 90 mph before running off the side of the road, the sheriff’s office said. After being unable to turn, the vehicle drove into a cornfield in the area before crashing into an electricity pole, rendering the vehicle inoperable.

The deputy, while armed, then initiated a felony vehicle stop and demanded the suspects exit the vehicle, the sheriff’s office said. A search of the vehicle showed a small bag of marijuana and a loaded silver and black gun later identified as a Raven Arms .25 caliber. Allegedly in the driver’s pocket were ammunition and rings. A box of rings was discovered near the vehicle’s crash site.

The passenger was identified as Amanda Lizette Garza, also of Mooresville, according to the the sheriff’s office. The magistrate lacked sufficient evidence to charge Garza with aiding and abetting larceny, but Garza has an extradition charge out of Texas, which resulted in a local fugitive from justice charge, the sheriff’s office said. The extradition charge is related to violating probation in Texas after allegedly committing credit card abuse.

The Rowan County Sheriff’s Office said it expected to soon receive a governor’s warrant from Texas to be extradited. Garza was issued a $25,000 secured bond.