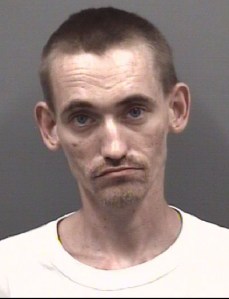 Pratt was driving a Honda Accord around 1 a.m. that went through the checkpoint, which was set up in the 300 block of Mount Hope Church Road. The deputy discovered Pratt did not have a valid driver’s license and that his license was suspended.

The deputy asked if there were any illegal substances in the vehicle. Pratt said he wasn’t sure because the vehicle did not belong to him. The officer asked for consent to search the car. Pratt said he didn’t have the ability to give consent, said Capt. John Sifford.

A K-9 was called to walk around the car. When the dog alerted on the car, Pratt admitted there were used syringes in the trunk of the car. Deputies found two syringes near the center console and a yellow plastic bag that contained heroin. Pratt admitted the heroin belonged to him.

He was in possession of .25 grams of heroin, which was valued at $20. Pratt has since been released from the Rowan County Detention Center under a $3,000 secured bond.