Raines recalls Montreal, roots for Nats; others, maybe not 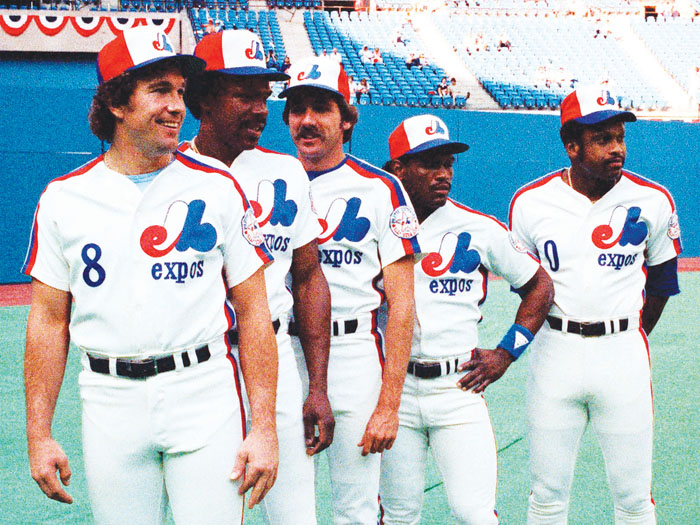 MONTREAL (AP) — Tim Raines started wearing the tricolor cap as a teen and proudly sported the Montreal Expos logo for years, all the way onto his Hall of Fame plaque.

So no wonder who he’ll cheer for when his old team — albeit now in Washington — plays in its first World Series, a half-century after the franchise debuted far away.

“I’m happy,” Raines said in a phone conversation from Arizona. “Actually, I’m happy, even though it’s not Montreal it’s still a part of the Montreal franchise. Even though they’re not the Expos — they are the Nationals, but they wouldn’t have been the Nationals without the Expos.”

“So even though I never played there, I wasn’t a part of the Nationals logo, but in actual speaking it’s still the Expos franchise that has been moved to another site,” he said.

Romance bloomed in Parc Jarry in the north end of this French-speaking city in the spring of 1969 when its NL expansion team began play as the Expos. Montreal’s baseball-starved fans, who welcomed Jackie Robinson with open arms with the minor league Royals in 1946, immediately fell in love and christened their team, “nos amours” — our loves.

Jarry Park, the intimate and rollicking 29,000-seat baseball stadium that took the same name as the municipal park where it was located, is no more. Its press box and the grandstand behind home plate are all that remain; they have been incorporated into one end of IGA Stadium, an 11,000-seat tennis venue that hosts the Canadian Open.

Chosen fourth by Montreal in the first round of the June 1971 draft, Rogers threw a one-hit shutout in his second major league start and went 10-5 with a 1.54 ERA for the Expos, who fell short of the NL East title in a five-team race to the wire.

“We were not a ragtag bunch, but everybody on that team came from somewhere else,” Rogers said from his home in Jenks, Oklahoma. “We had a handful of guys that came out of the organization, but that was it. So it was a real bonding situation.”

“Then that focus down in September and everybody fighting, with all those other guys from experience with other organizations, it was really something very special. And it really felt like, ‘Oh gosh, well this is a lot of fun. I’m sure we’ll do this every year.’ And so as we all know, that wasn’t going to be the case,” he said.

Longtime Expos fan Marvin Matthews proposed to his future wife on the Olympic Stadium scoreboard when the couple attended what proved to be Montreal’s final home game in 1994. The Expos had the best record in the majors when a strike canceled the season and the World Series.

Matthews continued cheering for the team after he moved to Calgary in 1998, and after the Expos moved to Washington in 2005. He paced back and forth while following every step of the Nationals’ playoff run this fall.

“When I correspond with some of the people in Montreal, they just don’t understand how I can feel that way,” Matthews said. “I get more negative responses than positive responses by far. When I talk to my brother-in-law, he doesn’t want to hear about the Nationals, don’t bring it up with him. But I’ve talked to some friends and fans and they get it, you know, they just don’t have any feelings for the Nationals.”

Brad Wilkerson hit Montreal’s last home run and was the last player to wear the Expos uniform when he participated in an exhibition tour in Japan after the 2004 season. He played one season in Washington before he was traded to Texas in the deal that brought Alfonso Soriano to the Nationals.

Wilkerson is pulling for Washington to win the World Series. And while he invites Expos fans to do the same, he understands the lack of attachment to the Nationals that he has experienced when he has returned to Montreal.

“They really haven’t claimed Montreal as being part of the franchise,” Wilkerson said. “And I think that is what has been hurting the Montrealers being fans of the Washington Nationals because they weren’t really including the Expos history totally, and obviously that hurt a lot of Montreal fans and Montrealers throughout the process.”

The Nationals’ approach to Expos history, including making available jersey numbers that were retired in Montreal for Raines, Andre Dawson, Gary Carter and Rusty Staub, riles some fans here.

Perry Giannias has what is almost certainly the most extensive private collection of Expos memorabilia. He has brought back numerous former Montreal players to the city for fan festivals that have raised nearly $500,000 for charity.

“They wore our jerseys during the summertime, which was the biggest stab in the back we’ve had so far,” Giannias said. “They say that they honor us, but yet you have … Yan Gomes wearing Andre Dawson’s No. 10. Where’s the honor in that? Or Carter Kieboom wearing No. 8? These guys don’t know what honor is.”

“Right now it’s easy to be part of the Washington Nationals,” Vidro said. “They have a brand-new stadium, the city has turned out for them, they have close to 3 million fans a year.

“We went through the tough times. Livan Hernandez, Brian Schneider, Wilkerson, all those guys that made the jump from one city to the other, in fact three cities, with Puerto Rico. So we went through the hard times for them.”