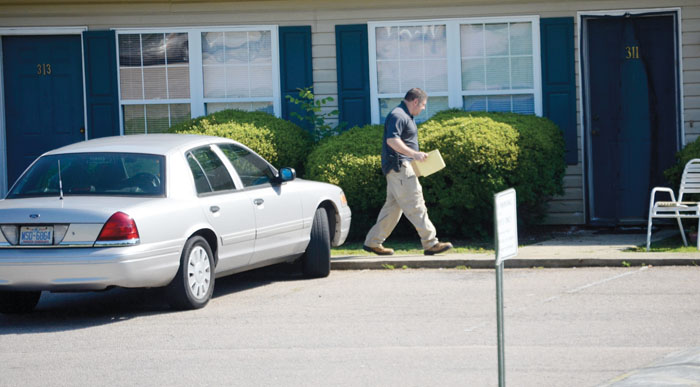 SALISBURY — A Salisbury pair charged in the May 2016 murder of longtime O’Charley’s waitress Lacynda Feimster will go on trial this week.

Sindy Lina Abbitt, 36, has been in the Rowan County Detention Center since she turned herself in to authorities on June 23, 2016. She is charged in the shooting death of Feimster, a mother of four.

Salisbury police have said Abbitt and Feimster, who was known by the nickname LC, knew each other.

Police were called to the Crown Point apartment complex, located off Gold Hill Road in the Morlan Park neighborhood, on May 24 to investigate a home invasion and robbery. When officers arrived, they found Feimster dead.

Both Abbitt and Albarran are charged with first-degree murder, assault with a deadly weapon and robbery with a dangerous weapon.

During the home invasion, Feimster’s mother, Mary Gregory, was hit in the face with a gun. She was taken to the hospital, where she was treated and released.

The staff at O’Charley’s Restaurant erected a plaque honoring Feimster outside the business.