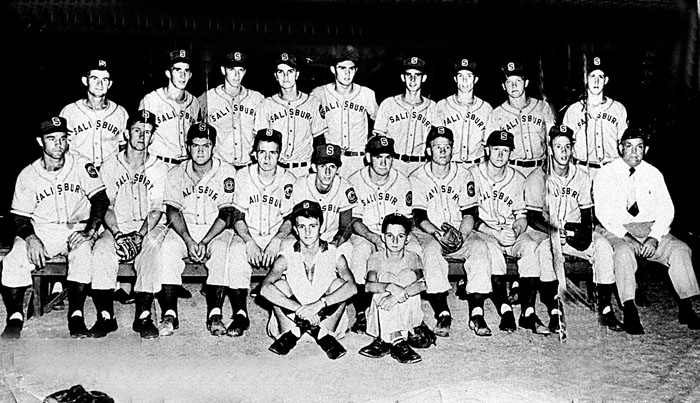 Alvin Smith, second row, fifth from the right, was a member of the 1955 American Legion team that advanced to the World Series.

SALISBURY —  The golden year of 1955 was a time of winning in Salisbury.

You could buy a license plate in those days that read — Salisbury: Home of Champions.

Boyden High’s Alvin Gray Smith, a stocky wingback/outfielder, won more than most. He was in the starting lineup for baseball and football state-title winners in the spring, summer and fall of 1955. Smith was also a reserve guard on the 1955-56 Boyden basketball team that winter. That team rolled to a conference championship and came reasonably close to making it four state championships in 10 months for Smith.

NASCAR: NBC counting on Jr. Nation to flock to…