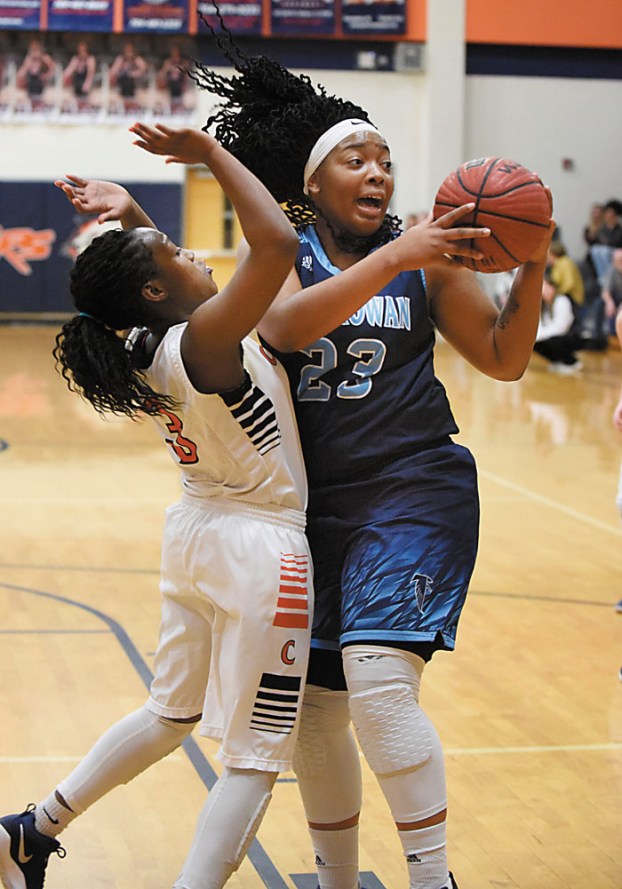 A victory and a proposal at West Rowan MOUNT ULLA — Fans got more than they bargained for in the West Rowan gym on Friday.

Reportedly, the important question was popped by David Proctor in a unique way — with “Will you marry me?” written on a basketball.

“I said yes, but the team also had to say yes,” explained a cheerful Poole, who was understandably fired up after the game. “And it’s a good thing he asked me after a win.”

West got 15 points from Abigail Wilson and 13 from Egypt Alexander, but the powerful post duo got help in this one from Taylor Poole, the coach’s daughter. The sophomore knocked down four 3-pointers.

“We had a lot of people play well,” Coach Poole said. “I thought our rebounding was really good, and that was the key to the game for us. North Iredell has a lot of size, but we were able to keep them from getting multiple shots.”

Rachel Lalonde scored 20 for North Iredell, while London Liles had 16.

North Iredell led early, but West picked it up defensively in the second quarter and led 28-27 at halftime.

North Iredell was in front 48-44 with 3:29 remaining, but that’s when the Falcons surged, West scored the game’s last 13 points.

“We did a great of keeping our composure,” Coach Poole said. “We finished really well.”

After two intentional fouls were called on North Iredell in the final minute, tempers flared and West’s lead swelled. Officials halted the action with 10 seconds left, and declared the game over.

One North Iredell fan became agitated and disruptive, Poole said, and he was subdued and escorted by police from the gym.

There were no postgame handshakes.

Shyann Vaughters scored nine off the bench for the Falcons, and Mary Sobataka scored six.