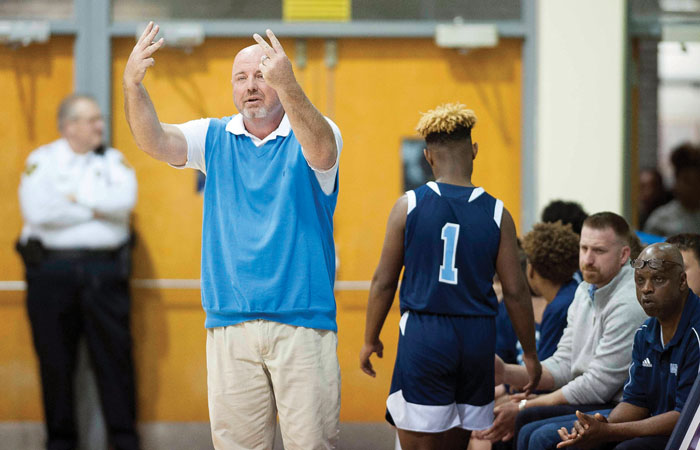 MOUNT ULLA — West Rowan boys basketball coach Mike Gurley registered his 400th win at the helm of the Falcons on Friday, and it was a big one.

West (9-7, 3-0)  got 35 points from senior Caleb Mauldin and has won five in a row. The streak started quietly with a victory in the seventh-place game in the Christmas tournament.

Gurley’s career wins total, counting the 102 he logged at Lexington, is 502. He’s in his his 21st season at West, a record for longevity as far as coaching boys basketball in the county.

West had to overcome a sluggish start. The Falcons trailed, 19-11, after a quarter. West was down at halftime, 33-32.

In a wild second half, the Falcons put up 56 points to take charge.

The 88 points was, by far, West’s best offensive output of the season. Mauldin matched his season high. He also scored 35 against Central Cabarrus.