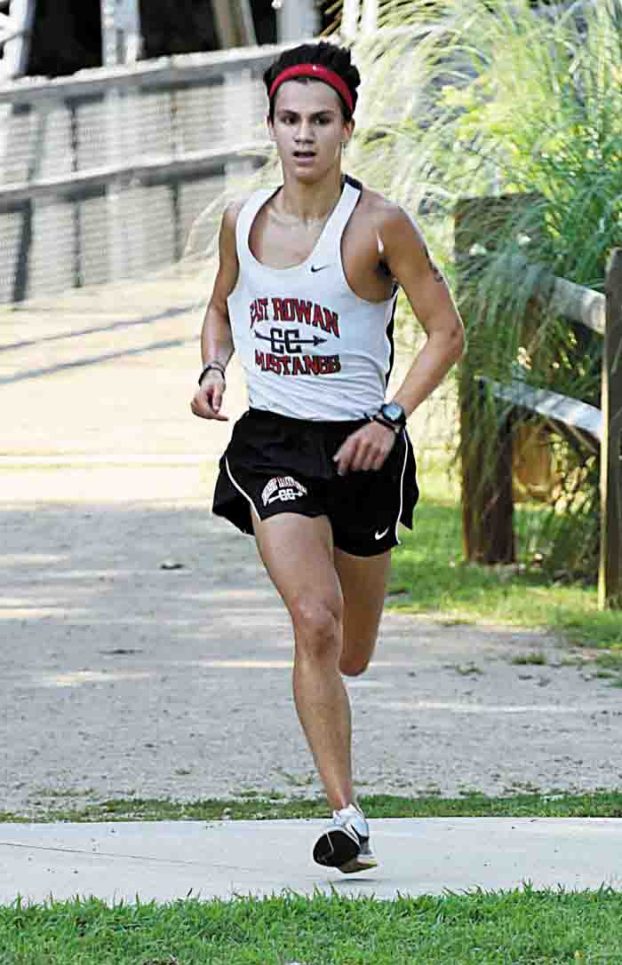 SALISBURY — South Iredell senior Gavin Mouat is a phenom who owns a 15:40 personal best, and he cruised to the individual title in the North Piedmont Conference Cross Country Championships on Thursday at Salisbury Community Park.

“That guy is a stud,” said East Rowan coach Rick Roseman, who has coached enough studs to know one when he sees one. “He was regional champion last year.”

Mouat, 21st in the 3A State Championships last fall, was barely breathing hard after turning in a 16:38 clocking. He finished 21 seconds in front of North Iredell’s Dylan Mahaffey, but Mahaffey’s  day was equally fulfilling. He (and his sixth-place brother Patrick) helped spark the deep Raiders to the team championship.

North Iredell also benefited from a fourth-place finish by Garrett Gibson, and its team score of 35 easily outdistanced three Rowan pursuers — Carson (65), West (81) and East (88). Even with Mouat and seventh-place Adam Weber, South Iredell finished at 104 for fifth place. Statesville got a quality run from Kevin Biglow (10th) but checked in last in the six-team league at 164.

“I was glad to make all-conference for the fourth straight year, but I can’t be entirely happy with my race,” Incardona said. “It was a pretty hot day, and I didn’t do as well on the third mile as I did on the first two.”

East senior Ross Alexander has been Incardona’s right-hand man all year and was solid again. He came in 12th in 18:07.

“But only eight are all-conference in this league,” said Roseman, shaking his head. “And making top eight, with all these good Iredell runners, that’s pretty tough.”

Carson sophomore Zac Barbee did make all-conference. He was fifth, leading the Cougars in 17:25. Carson’s Jacob Higgins was 11th with an 18:06 clocking, and there was some satisfaction for the senior in helping the Cougars finish ahead of rivals East and West in the team scoring.

“My drive as an individual was to finish under 18 minutes, and I ran about as well as I could have,” Higgins said. “I really believe that on any other course except this one, I would’ve broken 18 today. But as far as the team, I couldn’t be prouder about what Carson cross country did.”

West also produced one all-conference runner, as junior Thomas Waldo, who spearheaded the Falcons to the county team title at Dan Nicholas Park, finished five seconds ahead of North Iredell’s Daniel Nicholson for the final berth on the eight-man all-conference team.

The 3A Midwest Regional is the next marquee event for NPC runners. It will be held at McAlpine in Charlotte on Oct. 28.

By Mike London mike.london@salisburypost.com SALISBURY — With a healthy Taylor Wiggins, the Carson girls would have gone down to the... read more