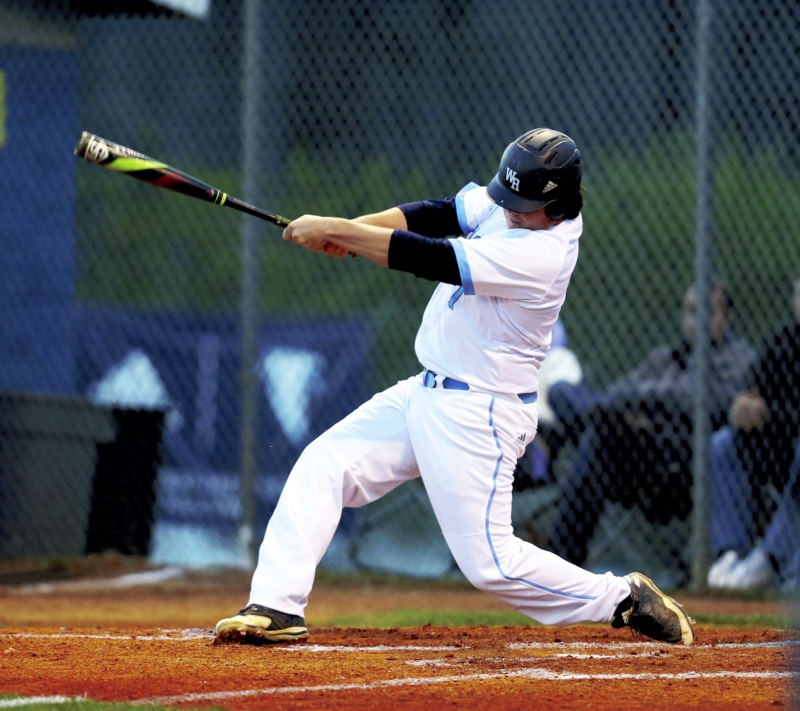 It’s the first time in school history that the Falcons have been three-peat league champions. They won back-to-back in 1960-61 and 2003-04.

“We’re proud of it,” West coach Seth Graham said. “This is a tough league and this is a tough area for baseball. No one in our league is ranked real high but that’s because we beat each other up so much.”

West overcame a 3-0 deficit early and rallied for four runs in the fifth after Cox Mill had grabbed a 6-3 lead.

“We didn’t have a lot of hits, but we grinded some good at-bats and got walks that turned into runs,” West coach Seth Graham said. “And they helped us out some with errors.”

Brandon Walton and Daniel Durham had two RBIs each for West. Walton just missed a homer in the fifth. His double got that decisive rally going.

Payne Stolsworth relieved Olen Stamper early in the contest and pitched 4 2/3 innings to earn the win.

West took an 8-6 lead to the seventh and was able to hold on. Brett Graham earned a save.

Josh Brosnahan had three hits for the Chargers, who finished sixth in the SPC.

West lost low-scoring league games early in the season to Robinson, Carson and South Rowan and stood 1-3 in the league on March 16 after falling 1-0 to Carson and Owen White. But the Falcons won 13 of their last 14 league games.

“We made some good adjustments along the way,” Graham said. “We finally got the bats going a little bit. It’s not like we’re world-beaters on offense, but we did enough.”