The most important meal of the day: Schools change up breakfast 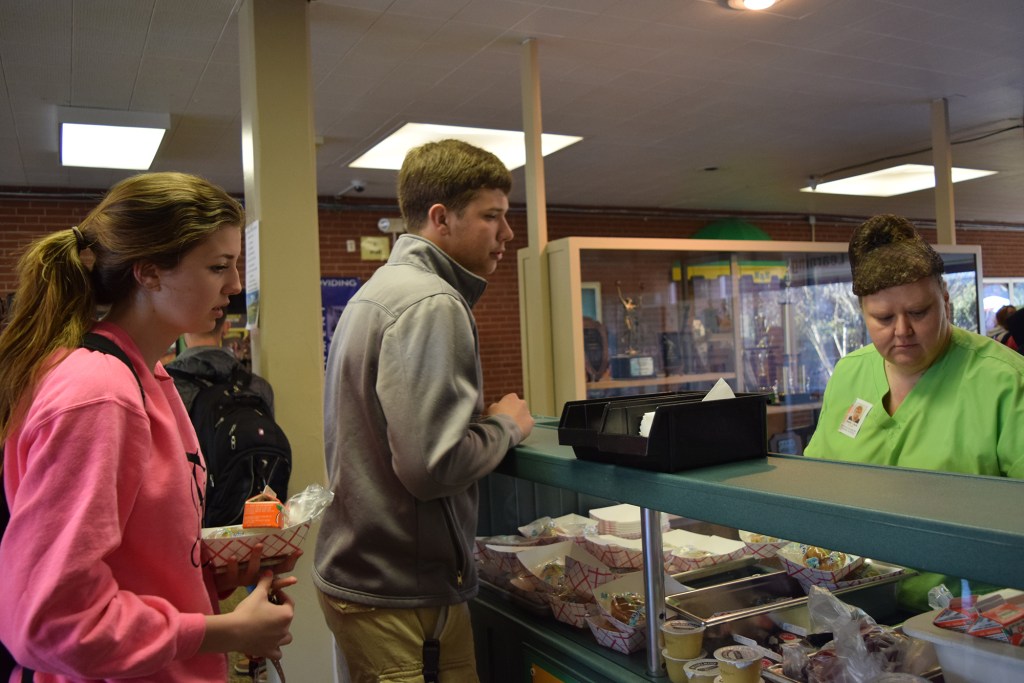 Sandy Clark doles out food to North Rowan High students at the new breakfast kiosk. The station is a grant-funded initiative to encourage more students to eat the most important meal of the day. Rebecca Rider/Salisbury Post

SPENCER — North Rowan and Salisbury High schools are taking a second look at breakfast. Both schools have seen in increase in students eating school breakfasts after they set up “breakfast kiosks” just inside the main doors.

Both schools offer free breakfast for all students, School Nutrition Director Libby Post said, but students didn’t often take advantage of breakfasts served in the cafeteria. But that’s changing with the kiosks.

“It’s got a totally different feel to it,” Post said.

As soon as students walk in the door, they’re greeted by a kiosk and a smiling face. They key in their ID number and choose a muffin, a carton of juice and a piece of fruit. It’s the same meal that’s available in the cafeteria, but research from the Food Research Action Center, a nonprofit seeking to end hunger and undernutrition in the United States, has shown that if students are offered a free meal as soon as they enter a school building they’re more likely to eat breakfast.

North Rowan and Salisbury each received a grant, and used the money to pay for the kiosk and needed hardware. The money came with a few stipulations: school breakfasts must be free to all students, and students must be allowed to eat breakfast in the classroom.

“People think of schools as lunch,” she said, “but we feed over 50 percent of our students system-wide breakfast.”

Breakfast has been shown to help students focus and perform better in school, Post said.

So far, it’s been a hit with kids. At North Rowan, the kiosk and the cafeteria will feed over 200 students each morning, with kids lining up to snag a meal right until the bell rings.