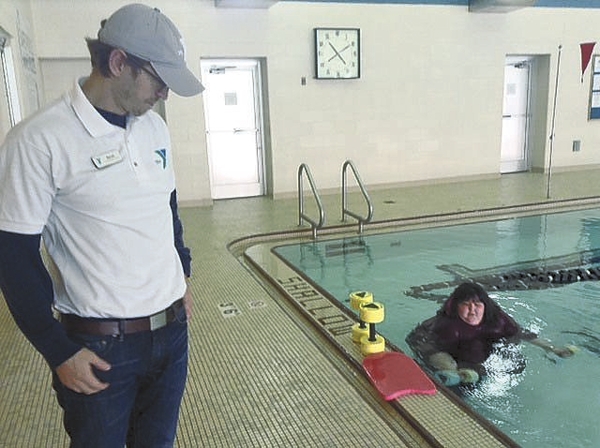 My last report at the end of October included good progress for Norma Honeycutt and Kristy Bell, and astounding success for Brent Parks. Each of them set goals for November, knowing that it would be a challenging month because of the impending Thanksgiving holidays. All of them have admitted problems with pushing away from the table when large quantities of food are available.

Today’s report details the end of November and the outlook for December.  Brent and Norma are heading into their last month of a supervised wellness program, while Kristy steps into her fourth month in the program.

With that, here is what happened during November. Brent had just come off a dramatic weight loss in October and appeared to be back on track for losing 52 pounds during 2015. Brent set goals of exercising at least six days a week, including a couple times each of running and attending spin classes. Two additional exercise days should give him a great base for additional weight loss while watching his calories.

Just as with the month of September, Brent was inconsistent throughout November. His big win was an improvement on his running and a chance to meet one of his yearly goals by running with his wife, Wanda. Brent competed in the Butterball 5K on Thanksgiving Day.  Wanda ran with him and everyone celebrated his completion of the 3.1 mile course while only walking once.  His inconsistency over the month, which included too many days without exercise, made his November result less than expected.

Norma had a slightly less than expected weight loss in October but was still on track for better health by increasing her cardiovascular workouts. Norma and Brent had decided to run together in their first 5K in November. Norma also wanted her sons and husband to make a commitment to joining her on her wellness adventure.  P90X class at the Forum was another goal.

At the end of November, Norma’s results were less than expected but did have some highlights. Norma remains the most consistent at exercise between herself and Brent. She does a better job of counting calories but has to hold her line on willpower. Norma didn’t make it to the Butterball 5K or to P90X. But her son, Tim, has now committed to a long-term workout program with goals while being inspired by his mother.

That brings us to Kristy. Her goals were much more basic for November. Kristy wanted to build the intensity and quantity of her exercise, remembering that just three months before, she could not walk unsupported. Kristy set goals of achieving 3,000 steps in a day and going shopping in a store.  She wanted to get in the water at the Y, a huge leap of faith for her, which would require the ability to climb steps.

While her exercise is less strenuous than what Brent and Norma have accomplished, she has established herself as the most consistent of the three.  Kristy tracks her caloric intake daily and only exceeded those calories on one day during the month. Kristy took the big leap and went into the water with only South Rowan YMCA Aquatic Director Aaron Crowe supervising the event. Immediately Kristy found out that she loved the water and did light exercises for nearly an hour. Aaron suggested that she join a water aerobics class and continue with her land aerobics class with the senior adults. Now, Kristy exercises with both groups three days a week. She has topped 3,500 steps and has been practicing climbing stairs. But to Kristy, one of her biggest goals was realized when she had enough stamina recently to go shopping in a store with her sister.

Heading into December, each of them again has specific self-set goals. After a 2.6 pound loss in November that saw his total weight drop below 300 for the first time, Brent wants to up the ante to lose another nine pounds by the end of the year. He wants to improve his 5K time by a minute and do a better job of tracking and adhering to his calorie limit.

Norma will get back on track after gaining just less than a pound.  Her goals for December include an additional weight loss of five pounds to make a yearly total of 45. Norma wants to continue to exercise daily and put her health first, while striving to fit in a size 16 dress size. I hope she still makes the P90X class and completes that 5K.

Kristy has the largest goals. After a loss for November of 4.5 pounds, she wants to drop another 10.5 to end the year below 500 pounds. Kristy still has trouble with stamina and balance as well as climbing stairs. She will be working on those things too.

While Kristy, just the same as Brent and Norma earlier experienced, was filled with apprehension of joining the group classes at the Y, she wants everyone in those classes to know how much she appreciates them. Kristy says her support in the early days of “taking her life back” has been phenomenal.

So, into December we go with new goals and renewed willpower. I hope everyone finishes strong for 2015 and there is good news to report.  Continue to encourage them because it is a life-changing struggle and is often harder than most of us realize. See you at the end of the December.