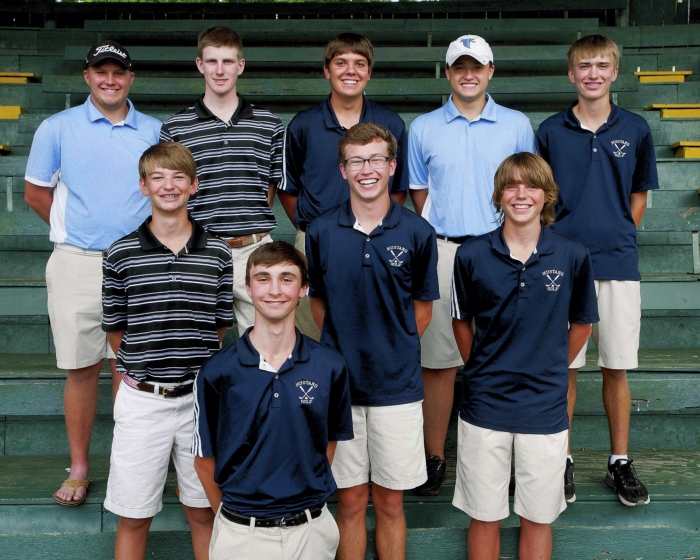 SALISBURY — It was a banner year for the East Rowan boys golf team, and Nick Lyerly was the Mustangs’ standard bearer.

Lyerly capped an amazing season on May 12 by shooting a second-round 4-under 67 at the Longleaf Golf and Country Club, capturing medalist honors at the 3A state championship. He was the only East Rowan player to shoot under par that day as the Mustangs finished runner-up to powerhouse Gastonia Forestview.

Lyerly birdied his first hole on his way to a 4-under front nine. He shot par on the back side to win the state tournament.

“I knew I could come out hot, but I wanted to make sure I didn’t come out and do anything stupid early on,” Lyerly said. “Coming out with a birdie really helped, and I had a very low front nine. I was able to coast on the back nine just to shoot even par, and that sealed it.”

It was a storybook end to what Lyerly, the Rowan County Boys Golfer of the Year, simply described as a great season.

“I mean I won the state championship, so it must have been a pretty good year,” Lyerly said.

The state title came a week after Lyerly’s 1-under 70 at the Club at Irish Creek in Kannapolis led East Rowan to a berth in the 3A state tournament. He finished one stroke out of a three-way playoff for the individual regional tournament title.

After the season East Rowan had, it’s hard not to think about next season. The Mustangs lose only Jacob Durham to graduation while returning a solid core of Lyerly, Logan Shuping, Ben Rollins and Bryson Sprinkle.

Still, Lyerly hasn’t given much thought to what could come in 2016.

In the meantime, he said all of the Mustangs are going to keep practicing to work toward their goal of, to paraphrase their Twitter hashtag, getting them rings.

“We’re just all going to keep practicing and try improving and maybe we can come out first and not second,” Lyerly said. “…We really wanted it. I know Forestview, they played great the second day and they’ve won it four straight years, but we want to come after them next year and beat them.”

Part of the preparation is playing in tournaments over summer. Lyerly is among a contingent of Rowan County high school golfers teeing it up next week, should they survive a qualifier, in the North Carolina Junior Boys Championship at the Country Club of Salisbury.

So far, six golfers from Salisbury are entered in the tournament.