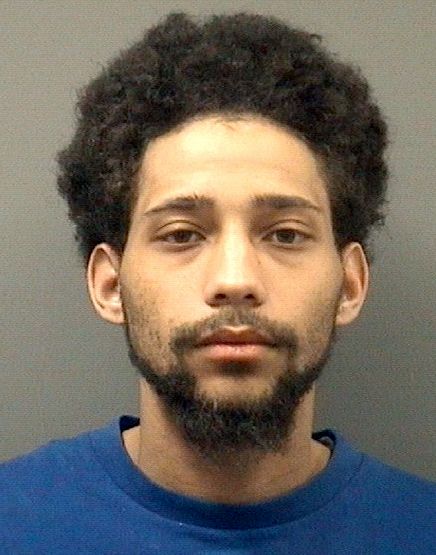 Police charged a Salisbury man after he took a trooper on a short vehicle chase, hit three parked vehicles and ran on foot from police.

Cotton was driving a 2001 Nissan Maxima on Saturday at 2:55 a.m. when a trooper spotted him run through a stop sign at Monroe Street and Old Concord Road.

The driver sped up, the trooper said, and he lost sight of him when the driver blew through the intersection of Clay and East Innes streets going 80 mph, a report said.

The driver, later identified as Cotton, hit a street sign, then hit a 2003 Jaguar, 1997 Toyota Camry and a 2006 Toyota Camry, which were parked on the roadside. He did not stop, a report said, but continued driving.

Two men jumped from the vehicle and ran. Police officers, who’d taken over the chase from highway patrol, were searching for the suspects. Someone approached an officer and said the man they were looking for was standing watching at the corner of Liberty and Clay streets.

Cotton started to walk away, but officers caught up to him. He had fresh cuts to his hands and blood on his shirt. The vehicle he was driving began smoking and caught fire.

By Shavonne Potts shavonne.potts@salisburypost.com Authorities charged a Rockwell man who they say followed a woman from a local convenience store... read more