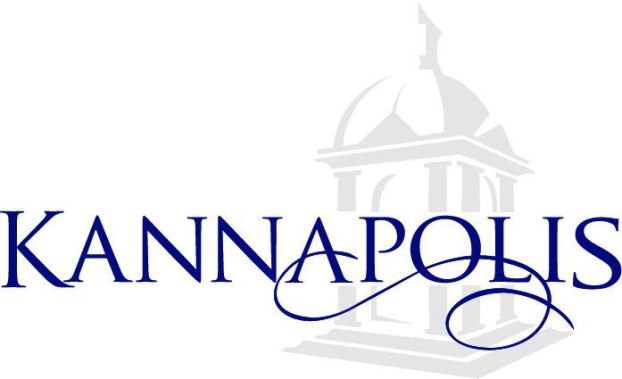 KANNAPOLIS — The City of Kannapolis has a new look.
Annette Privette Keller, communications director, unveiled a new logo to City Council on Monday evening.
A logo is meant to capitalize on a city’s top assets that no one else has, Keller said. “A visual representation of your brand is your logo, and nobody else has our name.”
The logo is the stylized word “Kannapolis” with the letter “A” swooping through the remainder of the word. Silver letters on a navy background will be employed for signage. The image also includes a refreshed cupola, an identical version of which will top the new City Hall.
Smaller phrases can be used in the upper left-hand side of the logo, Keller noted, such as the City’s tagline, “Discover a Healthy Life,” departmental names or event names. For stationery and business cards, the Kannapolis logo will appear in navy on a white background. On clothing, it will be printed in white letters with a navy background.
When the logo is promoted nationally or internationally, Keller said, the word “NC” will be added.
Council approved the logo 7-0.
In other business, council unanimously approved:
• Acquisition of 7.1 acres on the Rocky River which will become part of the Carolina Thread Trail. The Rocky River Greenway, City Manager Mike Legg noted, is designated as a primary greenway for this multi-county project.
The property will be acquired through a pass-through grant of $23,000, which covers cost of purchase and due diligence requirements, Legg said.
• A municipal agreement between the City and NCDOT to construct 800 feet of sidewalk along Little Texas Road from Forest Park Elementary School to the Mission Hills Subdivision.
Wilmer Melton, the city’s director of public works, said that total cost of the project is $204,000. Of that amount, 75 percent or $153,000 is being funded by Congestion Mitigation Air Quality (CMAQ) funds, with the remaining 25 percent or $51,000 as the city’s cost.
Melton said that the project should be completed by July 2016. He added that a request for construction of additional sidewalks in that area has been made but as of yet has not been funded.
• Mayor Darrell Hinnant as voting delegate to the N.C. League of Municipalities’ Annual League Business Meeting in Greensboro, and the National League of Cities’ Annual Conference in Austin, Texas. Councilman Tom Kincaid will serve as alternate delegate.
In his report, Legg noted that the City of Kannapolis is changing its URL (Web site address) from www.kannapolis.com to www.kannapolisnc.gov.
“It is the standard for local governments across the nation to use that format,” he said.
City Council recognized Gerald Hilton as volunteer of the month, and Hinnant proclaimed October as National Breast Cancer Awareness Month.
Freelance writer Susan Shinn lives in Salisbury.