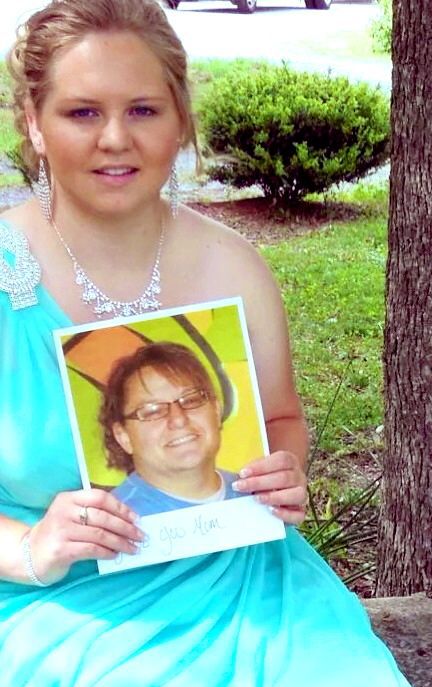 Last June, the unthinkable happened when 17-year-old Jessica Fesperman’s family van collided with a tractor-trailer. The wreck claimed the life of her 35-year-old mother, Jennifer, and injured her father and younger siblings.
The accident, which occurred in Albemarle, changed Fesperman’s life forever. “It’s put me in a leadership position,” she said.
Since then, Fesperman has earned the right to graduate early, allowing her to stay home and help take care of her brother, Phillip, and sister, Jordan. Fesperman added, “I’m trying to help dad around the house.” Her contributions include cooking, cleaning and taking family members to doctor appointments.
“I wanted to be a kid, but I had to go ahead and grow up to take care of them,” Fesperman said. The experience has brought her and her sister closer, but has also motivated her to want to do more for herself.
“I just want to go ahead and go to school and start my life,” Fesperman said, adding that she doesn’t want to stick around the house.
While she’s had to grow up over the past year, Fesperman is still a teenager. “I like to be with my friends,” she said.
Fesperman is a Rockwell native and has attended Rockwell Elementary, Erwin Middle and Rowan County Early College before transferring to East Rowan High School her junior year.
Although she graduated in January, Fesperman will walk with her classmates June 12.
She hopes to attend Rowan-Cabarrus Community College to study culinary arts before transferring to Johnson and Wales University in Charlotte. Fesperman developed her love of cooking from the times she spent cooking with her mother and grandmother. Her favorite dishes to prepare are her grandmother’s baklava and baked macaroni.
More than just helping to take care of her family, Fesperman enjoys taking care of her animals. She has a miniature potbellied pig named Penelope and chickens. Taking care of her pets, she said, “gets me in a happy mood.”