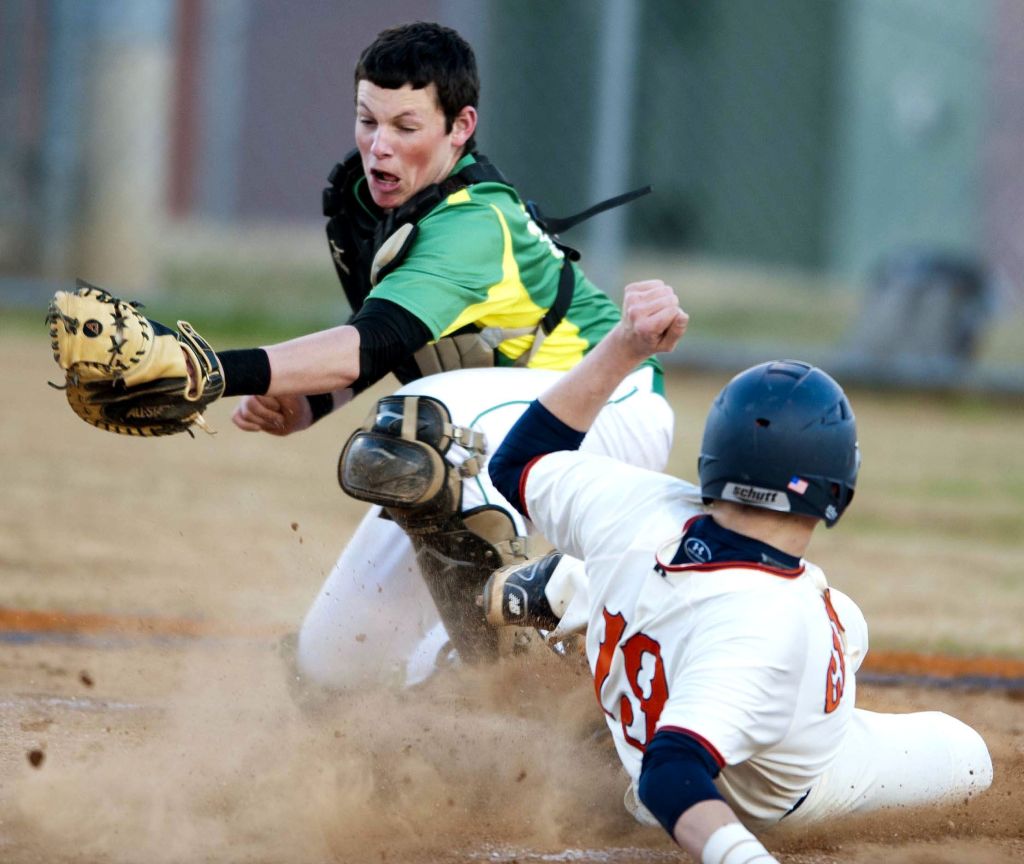 CHINA GROVE — Carson’s baseball team found a cure for its early-season offensive woes Friday night.
Visiting North Rowan provided the ideal tonic for the Cougars, who collected 16 hits in a five-inning, 19-3 non-league victory.
“We needed to come out and barrell-up some balls,” coach Chris Cauble said after Carson (4-2) enjoyed a breakout performance. “We hit balls hard tonight. Hopefully we can use this as a confidence-builder that springboards us into next week.”
The Cougars rode the pitching of winner John Daugherty — whose three-inning stint was more sturdy than spectacular — and lights-out reliever Dillon Atwell. North (1-3) used four pitchers, including tough-luck loser Corey Fries.
“He actually did pretty good,” Cavs coach Aaron Rimer said after Fries was tagged for nine runs — six of them unearned — in 1 2/3 innings. “He shouldn’t have been left with that fate. He should have gotten out of the first with no runs and should have gotten out of the second with less than that.”
Neither happened. Carson reached Fries for a first-inning run when leadoff batter Michael Morrison reached on an error, took second on a groundout and scored when Daugherty whipped an RBI single into right field.
“I’m glad we finally stepped up and did that,” said Daugherty (3-for-3, 3 RBIs). “We finally stuck it to someone instead of putting it on cruise control.”
They could have done that after the second inning, when Carson sent 12 batters to the plate and scored eight times. Infielder John Patella had a pair of doubles in the inning and teammate Ryan Bearden (3-for-4, 4 RBIs) delivered both a run-scoring single and a two-out, two-run base hit to right-center that made it 9-0.
“Our coaches have preached and preached for us to keep our hands inside and keep our swings short,” Bearden said. “We’ve tried to adjust. Its taken a little longer than we expected, but finally today everybody got a little more confidence in themselves.”
Seven of Carson’s second-inning runs came after North had recorded two outs. That had Cauble ready to turn cartwheels.
“We haven’t done much of that up to this point,” he said with a post-game smile. “We’ve talk about getting hits at the right times. Sometimes that matters more than just getting hits. When you get people in scoring position you need to capitalize. Tonight we did.”
North broke through against Daugherty — the reigning Rowan player of the year — in the top of the third. Robbie Monroe and Carter Thomason had run-scoring singles and another run crossed on Brandon White’s groundout.
Carson answered with four runs in the third and six in the fourth, sparked by Morrison’s two-run double. He finished 3-for-5 with four runs scored and three RBIs.
“This game was a good sign for us,” said Patella. “It was long overdue.”
•