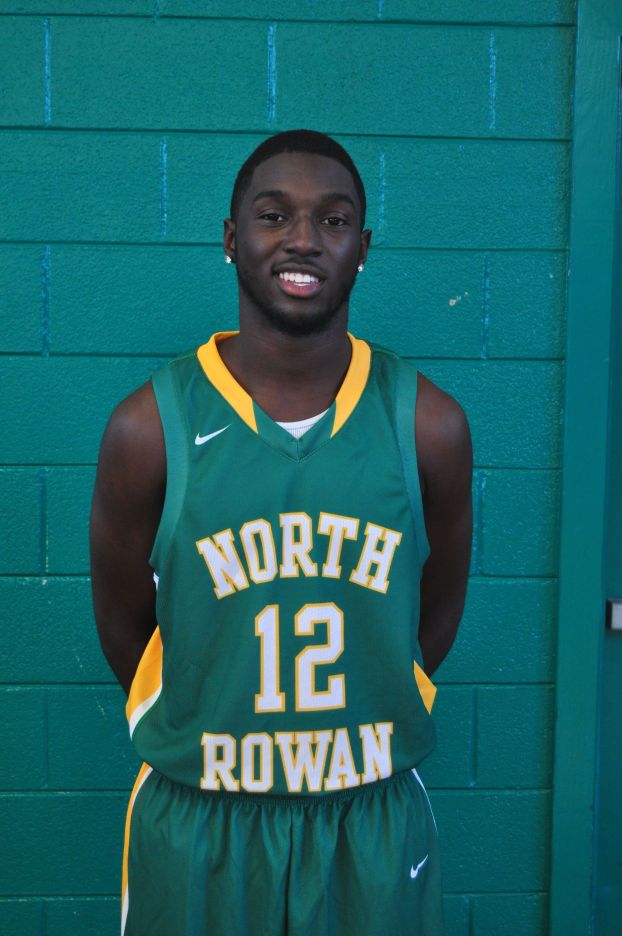 THOMASVILLE — It was a clumsy and square-wheeled performance for North Rowan’s boys basketball team.
Yet its 72-52 CCC victory at Thomasville on Friday goes in the books as another challenge met on the road to March.
“We knew they would come out and play rough and try to beat us up,” coach Andrew Mitchell said after league-leading North (10-4 overall) snapped a two-game skid and improved to 4-0 in conference play. “That was their best chance of winning. We just told our guys they’d have to endure it.”
It was more of a bumper-car race than a first-place showdown. North never trailed, but there were plenty of anxious moments. It ultimately prevailed thanks to a steadfast defensive effort in the first half.
“The first quarter wasn’t our best,” senior Michael Bowman said. “We weren’t being aggressive to the basket. And we seemed more worried about offense than defense.”
That led to a more individualistic display and a close opening period.
“We came out sluggish,” teammate Michael Connor said after the Cavs scored the last five points of the first quarter to take a 16-10 lead. “But in the second quarter we rebounded and played with a team-first mindset.”
First-year Thomasville coach Gil Maxwell liked everything about the opening quarter and nothing about the second, when the Bulldogs (7-8, 2-2) made only one field goal and were outscored 18-5.
“I liked how we were competing and getting to the basket,” he said. “But more times than not we didn’t finish. In the second quarter we broke down and got away from doing the things we’ve been taught to do.”
It was still an 18-13 game with 5:15 left in the half when Bowman hit the front end of a one-and-one and triggered an 11-0 run. A pair of last-minute free throws by handyman Joe Scott gave North a 34-15 lead halfway through.
“In the first quarter we were letting them do what they wanted to do,” said Mitchell. “In the second quarter we got back to playing defense. We told guys they were gonna have to sit if they didn’t play defense. They didn’t want that so they picked it up.”
North fattened its lead in the third quarter, using a 10-2 spurt to go ahead 44-19. The gap reached 30 points for the first time when Josh Handy nailed a 3-pointer from the left side with 2:54 remaining in the period. Fastbreak layups just seconds apart by Paris Hillie and Scott provided a 59-27 lead with one quarter to play.
“They tried to get into our heads but we wouldn’t let them,” said Bowman. “Still, we know we’ve got things to work on.”
So does Connor, who paced all scorers with 22 points. “We didn’t play too good,” he noted. “It was just good to bounce back and now we’re 4-0 in the conference.”
NORTH ROWAN (72) — Connor 22, Bowman 11, Scott 10, Tatum 8, Walker 6, Handy 6, Mungin 5, Nelson 2, Hillie 2, Sanders, Billingsly.
THOMASVILLE (52) — Johnson 15, Green 9, Payne 7, McElveen 7, Davis 4, Purvis 4, Bethea 2, Marsh 2, Thomas 1, Tucker 1.
North Rowan 16 18 25 13 — 72
Thomasville 10 5 12 25 — 52