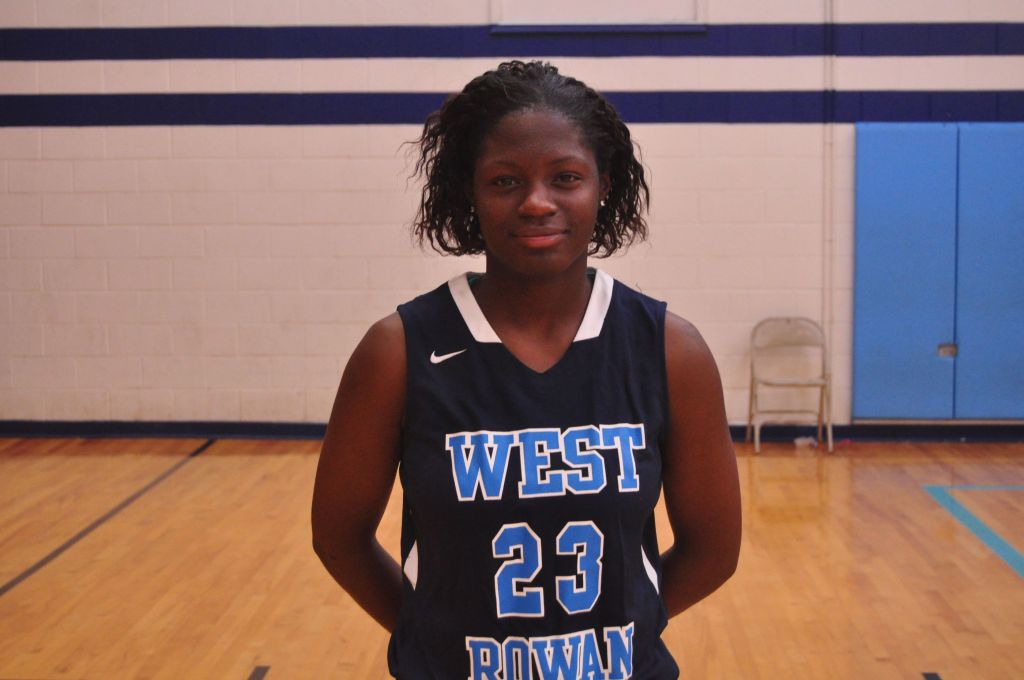 KANNAPOLIS — Coming down the stretch in a back-and-forth game Tuesday night against Northwest Cabarrus, West coach Ashley Poole called sophomore Khaila Hall over to the bench.
She told her young guard that she needs her to have a “senior mentality in a sophomore body.”
Hall responded, pouring in 15 of her game-high 28 points in the fourth quarter to lift North Rowan to a wild 61-59 SPC victory on the road.
“She tells me that all the time,” Hall said. “I’ve went back to the freshman and sophomore mentality before, but she needs me out here. If I have to step up to be a leader then I have to be a leader. I tried to do that.”
“She played great, especially being a sophomore,” Poole bragged. “She went to the line for 21 foul shots and hit the big ones down the stretch. I called her over and told her that I need to her to have a senior mentality in a sophomore body.
“They finished and that’s the biggest thing,” she continued. “It shouldn’t have been that close. We made some stupid turnovers and missed some easy layups. But at the end of the game, they finished. They showed a little bit of poise.”
The 28 points matched a career-high for Hall, who went 14-for-21 from the free throw line in the game, including a 7-for-11 mark in the fourth to carry the Falcons.
After giving up the lead for the first time in the closing minute of the third quarter, North bounced back and took a four-point edge to the final frame at 40-36.
Both squads found their shooting strokes in the fourth, combining for 44 points as the Falcons tried to hold off a late charge.
Hall sank two shots from the charity stripe with 1:12 left to give North a 58-53 advantage, but Shatiya Bost drilled a long 3-pointer to keep the Trojans alive.
After two more Hall free throws, Bost hit another long triple to cut the deficit down again to one with 6.7 seconds left.
But Hall sank her 28th point of the night to seal the win as a half-court heave hit glass at the buzzer.
“Every win is a big win for this team,” Poole said. “Momentum is huge with them, especially going into South Rowan Friday night. They just need wins.”
“All we can do is move forward,” Hall added.