WSP girls too much for North 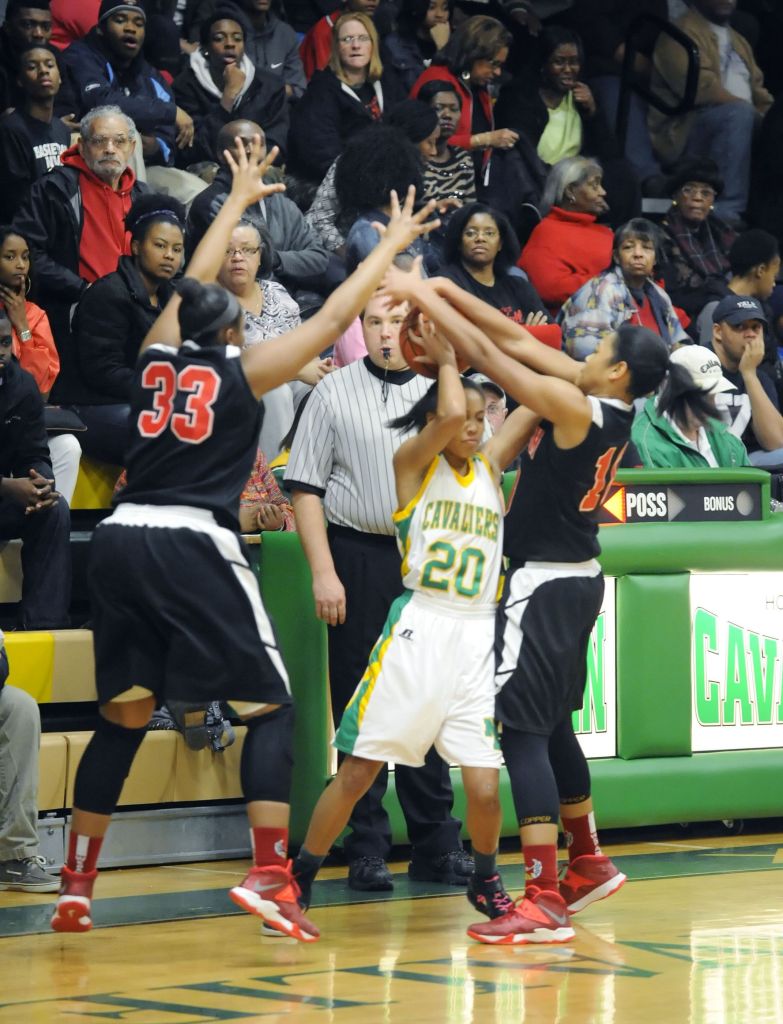 SPENCER — The North Rowan girls are still learning to adjust to life without senior leader Brielle Blaire on the floor.
And for more than a quarter Saturday night against a tough Winston-Salem Prep squad, the Cavaliers looked strong behind the hot-shooting Nycieko Dixon.
But the Phoenix eventually overwhelmed the out-manned Cavs, winning comfortably, 52-34.
“They came to play. They played hard and physical and really came after us,” North head coach Bryan Lytton explained. “We didn’t play our best game. I don’t think it was an effort thing. We just shot the ball poorly and just didn’t play all that well.”
In the opening quarter, Dixon was on fire, hitting four layups in the fastbreak before drilling a 3-pointer in the closing seconds, giving North a 13-9 lead after one.
“It was just an adrenaline rush,” the senior, who finished with a game-high 16 points, said. “We all wanted it a little bit more than the next person and that’s what drove us in the first quarter.”
The only problem was, she had no help. Dixon scored the first 16 points for the Cavs and recorded all but one point in the first half as Prep built up a 28-17 advantage at the break.
“She shot the ball well and attacked the basket. She’s doing what we want all of our guards to do. We want them to take open shots and knock them down and get to the basket and score,” Lytton added.
Her intensity carried over onto the defensive end of the floor as she drew a charge late in the half to keep the Cavs in the game. Dixon landed on her right wrist during the play and briefly checked back in before exiting with Prep pulling away.
With Dixon out, Demeria Robinson hit a layup with less than a minute remaining in the third quarter to give North its first field goal on the night by someone not named Dixon, but the Cavs trailed by 27 at the end of three.
In the fourth, North showed signs of life and finally found a shooting rhythm, tallying 14 points in the frame with the game out of reach.
“We have to learn from this game and move on. We have to continue to work on what we want to do,” Lytton said. “We haven’t adjusted yet to life without Brielle. We spent the first 9 or 10 games with her and we were depending on her to do a lot of things, really running our offense through her a lot.
“Now, we’re a very different kind of team. It’s like a whole new season for us.”
With Blaire’s absence from the center of the offense, the Cavs have become more of a perimeter-shooting team with Dixon, Robinson, Special Washington and Ashley Blaire.
“With Brielle gone, it makes us more of a perimeter team now. And when you’re a perimeter team and you don’t knock down shots, you’re in trouble,” he added.
Lytton said he wants utilize one strength the Cavaliers have more down the stretch of the season — team speed.
“We have to learn to use it as a strength better,” he explained. “Sometimes we pass when we should be dribbling and sometimes we dribble when we should be passing. We’re not really attacking the spots on the floor that we need to attack. We’re not really moving without the ball.
“We’re not really taking full advantage of our speed, but that’s something that we’ll learn how to do,” he added.
“We still have a really good team and we’re really excited about it.”