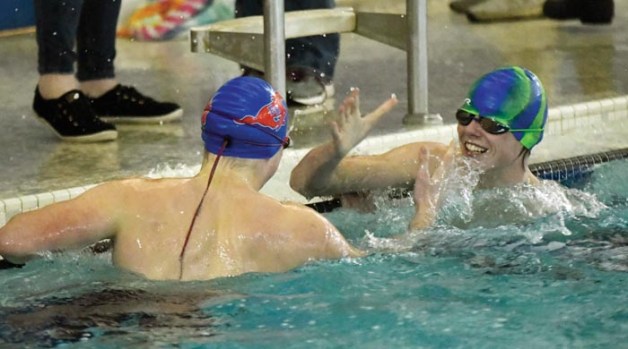 East brothers Cameron and and Carson Ritchie congratulate each other after the boys 50 yard freestyle. They finished 1st and 2nd. photo by Wayne Hinshaw, for the Salisbury Post 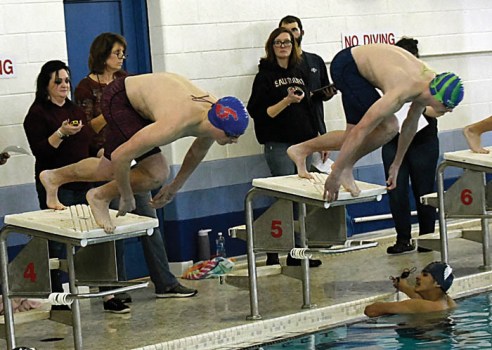 East brothers Cameron and and Carson Ritchie at the start of the boys 50 yard freestyle., photo by Wayne Hinshaw, for the Salisbury Post 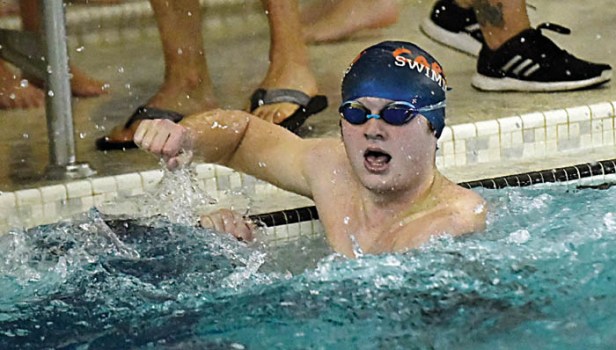 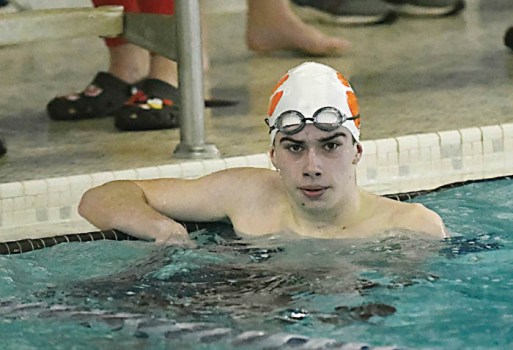 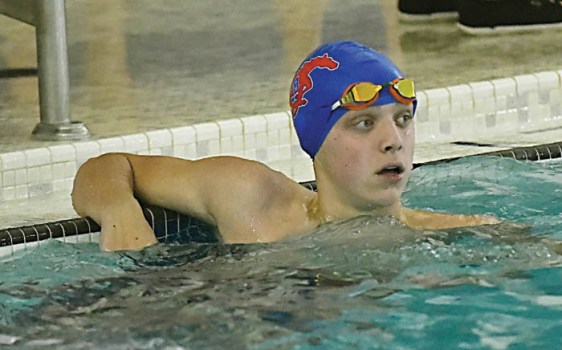 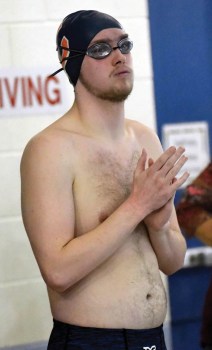 SALISBURY — The victory by East Rowan’s boys in Tuesday’s Rowan County Swimming Championships at Hurley YMCA was one for the books.
The Mustangs rule the pool in the county for the first time since 1999, the second year a countywide meet was held.
There wasn’t anything routine about it. East’s boys won with a head coach — Amanda Snider Trexler — who gave birth to a son on Jan. 6.
That presented an unusual dynamic.
“She just had the baby, so it’s been a real team coaching effort between her and Karen Cawley,” East AD David Andrews explained. “But Amanda was there for the county meet to coach them on.”
South Rowan is always tough to beat in the county meet, while Carson has jumped into contention in recent years with some of the county’s elite swimmers.
But the Mustangs got it done with 272 points. South edged Carson 217-215 for second. Next came Salisbury (131), West Rowan (111) and North Rowan (29).
Jon Heidrick coached East for a very long time. He handed off the baton to Trexler, who had been his assistant for two seasons, back in 2019-20.
“We’ve got a small team, so our boys have to be really versatile,” Trexler said. “They have pushed themselves through sickness and through injuries and they have worked hard to make themselves better swimmers.  They learned new strokes, swam longer distances and kept positivity for the team.”
Strategizing on ways to win the county meet, Trexler and Cawley had to think outside the box.
“Coach Cawley and I wanted to use everyone as best as possible, which meant boys competing in events they don’t always do,” Trexler said. “Nick Cioci really impressed with finishing first in the 500 free, which is not a normal event for him. Isaac Cawley, who’s been battling an injury all season, pushed for two first-place finishes and helped our relay teams. Cameron Ritchie has worked so hard to improve his times all season, and along with other boys, he has already qualified for several individual events for regionals.”
East won two of the three relays. That’s always big.  Relay points count double what the individual events do.
Cawley, Carson Ritchie, Josh Gardner and  Cameron Ritchie won the 200 free relay and they won the 400 free relay that closed the meet.
Meet co-MVPs Cameron Ritchie and Cawley both had undefeated, 4-for-4 days.
Individually, Ritchie won the 50 free and 100 butterfly, while Cawley took the 100 freestyle and 100 backstroke.
Toss in Cioci’s victory in the 500 free, and that gave the Mustangs first place in seven of the 11 events.
Carson Ritchie had a second in the 50 free. Cole Humphreys and Brett Steelman went 2-3 in the 200 free. Gardner had a second in the 200 IM in addition to his relay efforts.
Carson was the only other school to win an event.
Shaun Pell, Camden Miller, Cohen Joyner, Daniel Epley won the 200 medley relay to open the meet.
Miller also won the 200 free and the 100 breaststroke. Joyner won the 200 IM.
South took second in two relay events. South’s Brooks Bumgarner had a second in the 100 breaststroke, while Marshal Faw was second in the 100 free.
West had a second in the 400 free relay.
But with seven wins and a lot of supporting points, it was the Mustangs’ day.
“I wish I could highlight all of our boys, because it truly was a team effort,” Trexler said. “We are so proud of their work ethic and continued perseverance.”