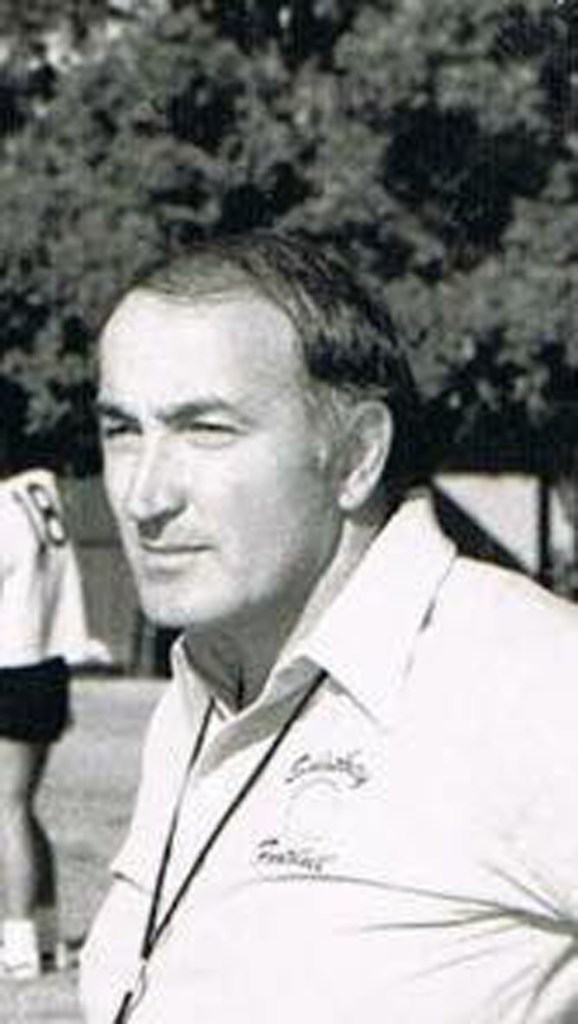 SALISBURY — Bob Patton could speak French like he’d been born in Paris, rather than in Thompsontown, Pa.

Languages, like coaching football, are part gift, part work. Patton had the knack. He was born to speak French with a flawless accent and he was born to coach football.

Football and family became the centerpieces of his long and meaningful life.

Coaching high school football provides great opportunity to teach life lessons and he impacted hundreds of lives. He helped redirect youngsters that easily could have strayed down the wrong path.

Patton died at 86 on Christmas Eve, with family members gathered in one place. They all were able to say goodbye.

Patton made his home in Gaston County since the 1980s, but he is still well-remembered in Salisbury. He was a sideline fixture for Boyden and Salisbury football programs for 18 years. He was only head coach for two of those seasons, but he was an important cog in a crisp machine that won major championships in the early 1970s under head coach Pete Stout.

Patton’s thing was offensive line play, and no matter who the head coach was at Salisbury, they didn’t have to lose sleep over the offensive line. Patton could take care of that.

How he became who he became is an intriguing tale.

Patton’s father died in 1940 when he was 4 years old. That stacks the odds against a youngster.

When he was 8, he was sent to Girard College in Philadelphia, which was not a college, but a boarding school for orphans. Patton still had a mother, but fatherless children were considered orphans.

Stephen Girard, a Frenchman by birth, became a wealthy banker and shipper and one of America’s first millionaire tycoons and philanthropists. When Girard died, his will provided the funds for Girard College to be founded to educate orphans. He wanted to give them a reasonable chance to succeed in life.

Inside the brick walls of Girard, Patton received books, new clothes, new shoes and an outstanding high school education that prepared him for college.

Patton didn’t go to college directly from high school. First, he served in the U.S. Air Force. He was stationed in Europe where his fluency in French had to be helpful. He was good enough at football to play for the base teams wherever he was stationed.

After his discharge, he attended Penn State Altoona at a time when Altoona was an important pipeline for Catawba’s football program.

It was a football scholarship that brought Patton to Catawba and Salisbury. Having been in service, he was older, wiser and more experienced than the average Catawba student. He had leadership qualities and became president of a fraternity as well as an all-world French student.

He was not a football star at Catawba, but he was a good team player and he learned a lot from head coaches Pres Mull and Harvey Stratton.

Patton met his future wife at Catawba. Carolyn Hampton had come to Catawba from Elkin and was a sophomore when Patton was a senior. He was 27 when he graduated in the spring of 1963. Patton and Hampton were married on the first day of June in 1963.

He coached back in Altoona briefly and then taught and coached three years at East Forsyth High in Kernersville.

Stout became the head coach at Salisbury’s Boyden High in 1966, where his staff included defensive line coach Charlie Little, an Altoona native who had been Patton’s teammate at Catawba.

Little was an important connection, and Patton joined the Boyden staff as a teacher and coach in 1967. He became an integral part of Stout’s legendary 10-year run (83-20-10) at a school that made the transformation to being Salisbury High in 1971.

Pictures from the era always show Patton, as a thick-calved man who favored coaching shorts and old-school white socks with stripes.

Salisbury shared the Western North Carolina High School Activities Association championship with South Point in 1971 after the teams battled to a 14-all draw. Salisbury won undisputed WNCHSAA championships in 1973 and 1974. Those were teams that relied on defense and the running game, and Patton’s offensive linemen were always up to the challenge in a great conference (the South Piedmont) where ever Friday night was a battle.

Patton’s early years in Salisbury included the first years of full integration of the school. The coaching staff and ultra- successful athletic teams had a big role in a transitional time at Salisbury that was much smoother than it was in some cities.

He was a wrestling coach and he helped build a strong boy tennis program at Salisbury. The Hornets usually went 14-0 or 13-1 in the regular season and they won three WNCHSAA championships in the 1970s.

When he wasn’t coaching, Patton inspired students academically in his French and History classes.

When Stout and Little left for Williams High in Burlington after the 1975 season, Patton stayed on. He coached linemen for five more pretty good seasons at Salisbury under head coaches Ray Wilson and Mike Carter.

Patton led an 8-4 team in 1981 that won back-to-back overtime games with Davie County and Thomasville and finished the regular season with four straight victories. Salisbury was part of the North Piedmont Conference that season and beat old SPC rival Concord 17-15 in the first round of the Division II playoffs. Only conference champions went to the “Division I” state playoffs then. The Division II playoffs were created for the No. 2 team   from each league, either the runner-up or a co-champion that had lost the head-to-head matchup with the other team tying for first.

Points were hard to come by in that era. Salisbury back Tony Gillispie scored 11 touchdowns and tied for the lead in the conference. He was second in the county.

There was a fine line between winning and losing in a time of mostly low-scoring games. In 1981, Patton’s second season at the helm, Salisbury’s offensive and defensive stats weren’t much different than 1981, but the ball didn’t bounce the Hornets’ way. Salisbury lost a 13-9 game, a 7-0 game and an overtime game — and went 3-7.

Patton stepped down as head coach after that tough season, but he stayed at Salisbury for two more years. Roger Secreast was hired as the new coach, and Patton coached the offensive line for him in 1983 and 1984.

Secreast was out after a 3-7 1984 season, and Gus Andrews was hired from Fike High in Wilson to replace him.

In May 1985, Patton announced that his time at Salisbury High was ending. He told the Post he needed to redirect his career, and he had been offered the head coaching job at North Gaston.

His biggest thrill at Salisbury had been having his oldest son, Rob, play quarterback for him. His daughter, Michelle, had just been elected president of the Salisbury study body for her senior year. His youngest son, Mike, was a quarterback at Knox Middle School.

“I hate to leave Salisbury because this is our home,” Patton told the Post. “But North Gaston offers a new opportunity.”

He coached his first game for North Gaston in 1985 and was head coach until 1990. That was a tough environment in which to win. Frequent opponents Shelby,Burns, East Rutherford, Kings Mountain and South Point were among the state’s best 3A programs. But Patton got to coach his son, Mike, and he got to coach Duane Ross, who competed in the Olympic Games in the hurdles.

Mike Patton would become a football coach like his father and was head coach at North Gaston for years. Bob was there on the sidelines assisting and supporting.

Mike’s sons would also suit up for the North Gaston Wildcats. Bob got to see his grandsons play the game he loved.

Services for Patton were held in Lowell on Thursday.

Rob Patton, who was on the team at UNC after his Salisbury playing days, summed up his father’s life eloquently in a social media post.

“We know he touched countless lives,” he wrote.  “He is now walking the sidelines with Jesus,  and probably speaking to him in French.  He was the kindest, toughest, smartest man I’ve ever known. To have lost his dad when he was 4 years old, he somehow became the best dad and grandfather imaginable.”