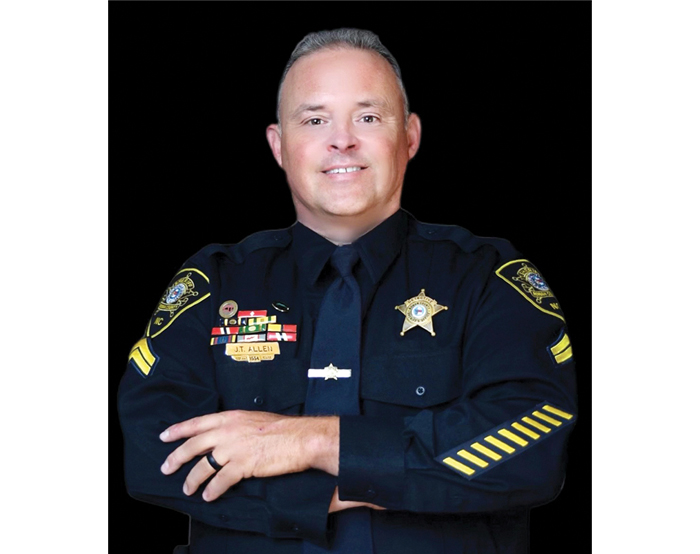 After a house fire on Mahaffey Drive early Friday morning ended in an exchange of gunfire and the death of the shooter by an officer, Rowan County Sheriff Travis Allen said Tuesday the shooting was justified.

“In my opinion, their actions consisted of force necessary, reasonable and appropriate for the deadly encounter,” Allen said referring to the behavior of deputies who were called to the scene after the resident, Ronald Green, shot and wounded firefighters responding to the initial call.

“As you are aware, deputies of the Rowan County Sheriff’s Office were in a deadly force encounter along with an officer of the Granite Quarry Police Department during the early morning hours of Dec. 2,” Allen wrote in a press release. Firefighters were initially dispatched to the house for a report of a house fire with a person possibly inside the residence. When a firefighter went to the back of the house to try to get inside, he was met by gunfire from Green.

“During the encounter, a Granite Quarry officer and our deputies exchanged numerous rounds of gunfire with … Ronald Green. As a result of this event, Mr. Green lost his life. The RCSO would like to extend condolences to the family of Mr. Green. It is never our desire for outcomes to end in this manner. However, we are called upon at times to use force necessary, reasonable and appropriate for the protection of our community and fellow first responders.”

He noted that he has “personally viewed the body camera footage of our deputies” and believes their actions were appropriate.

Two Rowan County deputies were involved in the incident. Deputy Robert Clement has been with RCSO for nearly one year. He was hit in the left hand by a shotgun pellet, but continued to engage Green even after being wounded, according to the investigation.

He called out to Green, ordering him to stop, and delayed Green from continuing to shoot. His injury was treated at the scene.

Master Deputy Randal Addison was hired by RCSO in June of 2015. Addison exchanged gunfire with the offender, and his coat and uniform were damaged from pellets, but he was not hurt.

Allen credits Addison with being “a driving force behind bringing this horrific incident to an end without further injury to first responders or residents in the area. He gave verbal commands to the offender in attempts to deescalate the situation. He also directed other deputies on the scene to organize a response that avoided crossfires and danger to the public and first responders in the area.” Allen praised Addison for this “courage and heroic actions.”

Master Deputy Nikolas Plumley was hired by RCSO in February 2015. Plumley also fired back and ordered Green a number of times to stop shooting and drop his weapon.

Deputy Taylor Warren was hired by RCSO in September of 2017. Taylor was at the back of the residence with the other deputies but was not in a position to exchange fire with Green. He tried to communicate with him to get him to stop firing.

Allen credited all deputies involved with preventing more serious or additional injuries to others.

All deputies involved are being cared for and have been offered post-incident support.

“Rowan County Human Resources has graciously arranged support for the deputies involved in the incident as well as others who were on the scene during this traumatic time,” said Allen.

Granite Quarry officials have declined to provide information on the Granite Quarry officer involved in the incident, but initial reports indicate he received non-life-threatening injuries as well, as did the firefighter who was the first shot.

The investigation into the fire itself and any possible reason that Green was firing at first responders remains active and under the direction of SBI.