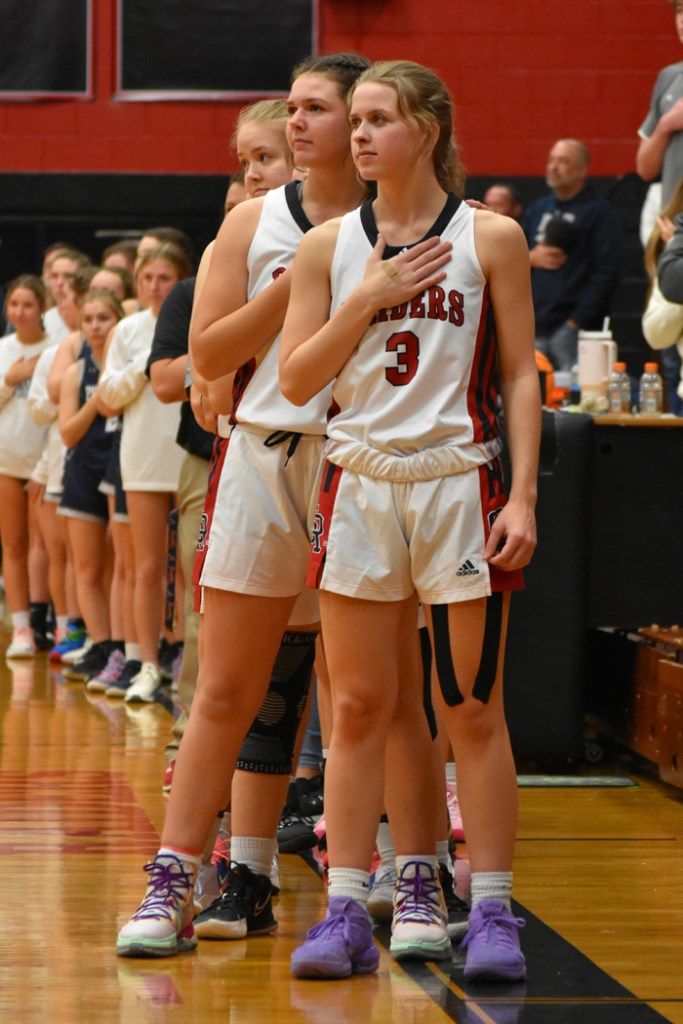 “We got it together after a tough start,” South coach Alex Allen said. “Played really well in the second half. We found a rhythm. We had some tremendous hustle and boarding.”

CHINA GROVE — Freshman Julia Burleson had a big game for Carson’s girls, but it wasn’t enough.

“She competed all night and ran the floor well and got us some transition buckets,” Carson coach Brooke Stouder said.

Carson’s effort was probably its best of the season.

“Much better than against A.L. Brown last week,” Stouder said. “But we shot 5-for-18 at the foul line and gave up 18 offensive rebounds in the first half. Those are two controllable stats and if we can improve at making free throws and boxing out it will allow us to improve and be more competitive.”

After a close first quarter, North Stanly took control by outscoring the Cougars 17-4 in the second quarter.

SPENCER — North Rowan didn’t have No. 2 scorer Brittany Ellis and lost 65-50 to Albemarle on Tuesday.

The Bulldogs, who fell to defending 1A champ Bishop McGuinness in their opener, earned their first win.

North (1-1) got 24 points from Bailee Goodlett, who added four steals and four assists.

Bloom Goodlett scored a career-high 13 and had five rebounds.

Emma Clarke added 12 for the Falcons, while Lauren Arnold had 10.

Foul trouble kept Jamecia Huntley on the bench for much of the night, but West has a lot of players. Ten of them scored.

Clarke bounced back from a two-point effort on opening night. She had five field goals in the first quarter as West (2-0) wasted no time in grabbing control of the game.

Mooresville cut West’s lead to 27-19 with a run to start the second quarter, but DeDe Cuthbertson’s only bucket of the game stopped Mooresville’s flurry and started a West run. By halftime, the Falcons led 41-22.