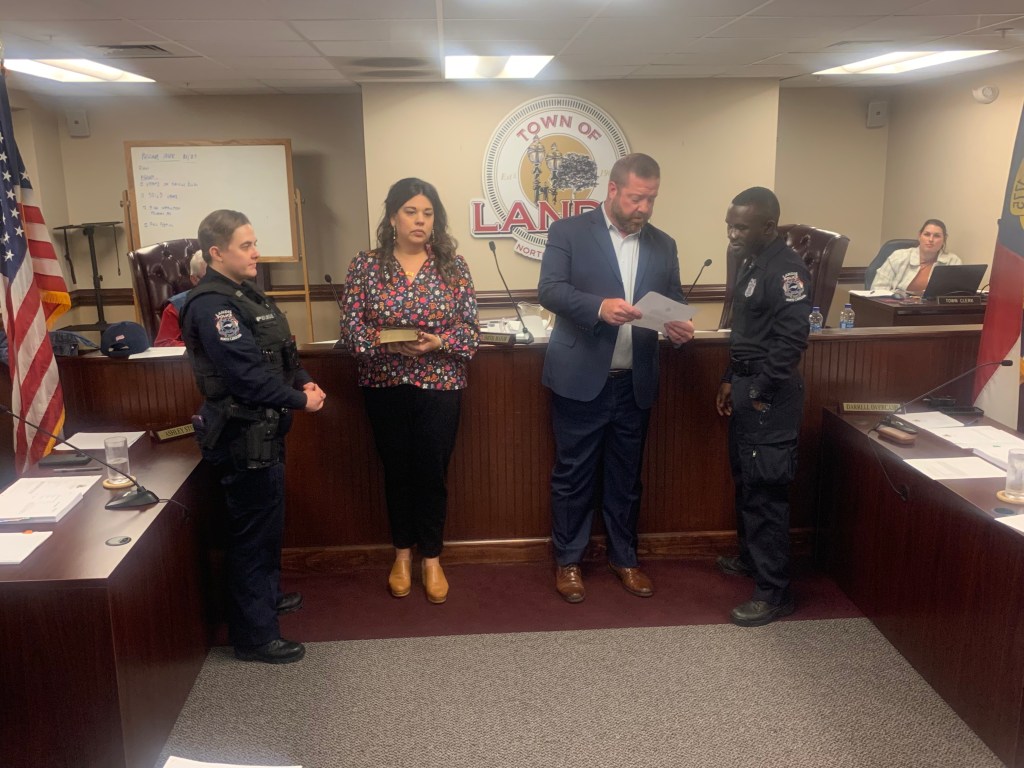 Landis swore in two new police officers to the force during the town’s board meeting on Monday.

Saladi Mohamed was sworn in as a patrol officer, and Amily Calamari as the new school resource officer at Corriher Lipe Middle School.

Interim Director of Public Safety Kevin Young indicated that Mohamed was born in a small city in Kenya.

Mohamed originally wanted to join the U.S. Marine Corps after graduating. He later became interested in law enforcement after an encounter with police in Virginia.

Mohamed received his basic law enforcement training from Mitchell Community College and worked for Lincoln Police Department for a year and a half before coming to work for Landis.

Calamari earned a bachelor’s degree in psychology from the University of North Carolina at Charlotte and received her BLET training at Rowan-Cabarrus Community College.

She worked for the Mecklenburg County Sheriff’s Office, where she was assigned to the detention facility for two years. She has also worked for the Kannapolis and China Grove police departments. Calamari has 10 years of law enforcement experience.