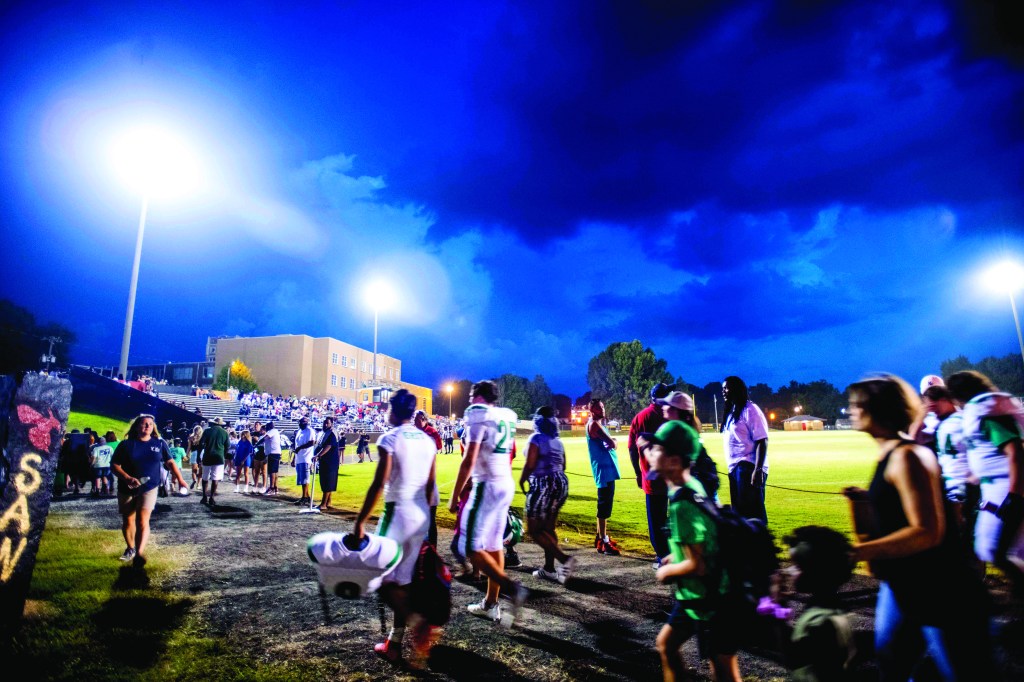 Rowan football always gets started with the Jamboree . JON C LAKEY / FOR THE SALISBURY POST. 8/13/21, SALISBURY,NC.

The Hornets rolled 40-0 against East Davidson.

Avaylon Cruse had a rushing touchdown.

Bennie Howard and Ephiam Williams had interceptions for the Hornets.

Zahir Brown forced a fumble. Ny’Gel Elliot had a sack.

KANNAPOLIS — Carson used a strong defensive effort, including a safety, to beat Northwest Cabarrus 15-0 on Thursday.

The Trojans were playing their second game in three days.

Tristin Clawson forced fumbles on a kickoff and on a sack.

Tanner Simpson intercepted a pass and recovered a fumble.

Clawson powered Carson’s offense and scored both touchdowns for the Cougars (3-4).

CONCORD — South Rowan hasn’t won yet in jayvee football, but made some strides in Thursday’s 16-6 loss to Concord.

The Raiders (0-7) got four stops in the red zone. Zach Barham intercepted a pass.

South’s touchdown came on a pass from Macon Fuller to Cayden Wood.

Scores were not available for Davie-Mount Tabor and East Rowan-Central Cabarrus. The Vikings went into that game undefeated.

West’s jayvees made up a game with Northwest Cabarrus on Tuesday and took a 41-24 victory.

The Falcons (4-3) got two rushing TDs from Jaylen Neely.

Brant Graham ran for two scores and threw two touchdown passes. One of them went to Max Brown.