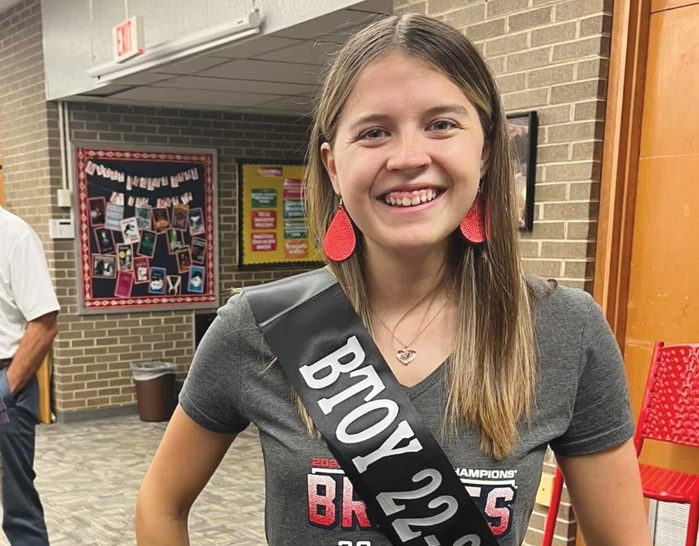 When Amber White’s name was announced over the intercom at China Grove Middle School as the Rowan Beginning Teacher of the Year, the whole eighth grade hallway erupted into cheers.

“That’s when it really hit me, because my kids are why I do what I do,” said White, who is in her second year as math teacher at the school.

White said her mother and older sister are both in education, so it was in her blood from childhood, and she wanted to stay in Rowan as well, to give back to the community that gave to her.

“I didn’t know what I wanted to teach at first, but then I had Miss Waldo’s math class at West Rowan, and I knew I wanted to teach math, to make it fun and engaging,” said White. She said the majority of her students have had difficulty with math in past years and come to her class assuming they cannot do it. So she came up with a class motto, Mistakes Allow Thinking to Happen, (MATH) and she teaches her students “it’s OK to fail forward.”

White is still a student herself as well, currently studying at East Carolina University for her master’s degree in instructional technology.

“Amber White is a constant learner and leader who inspires her students to grow in ways they couldn’t have imagined,” said China Grove Middle School Principal Dr. Rikki Baldwin. “She advocates for our school and students’ needs by continuously seeking knowledge on ways to explore opportunities for our students to become innovative thinkers. We are proud that she choose CGMS and Rowan-Salisbury Schools.” 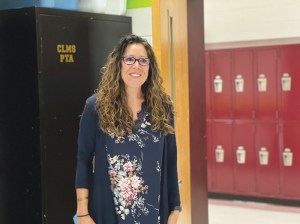 Rowan-Salisbury Schools Principal of the Year April Williamson, who is Principal at Corriher Lipe Middle School.

Williamson has been the principal of Corriher-Lipe Middle School for three years, but she’s worked for RSS for more than two decades and has also served as an assistant principal, literacy design coach and teacher. Williamson was the RSS Teacher of the Year in 2008.

“There are so many unique teachers that bring so much to the school. It makes you want to be here,” Williamson said. “We support each other.”

“Amber White and April Williamson are both extraordinary educators. Amber taught both of my daughters last year. She had a profound impact on their understanding of math and their overall character. April is a committed, selfless leader. I’m incredibly grateful for her leadership at Corriher-Lipe Middle School,” said newly-appointed RSS Superintendent Dr. Kelly Withers.

“She spends her time lifting up others. She goes out of her way to build her team and empower them and to make the students and the staff stronger,” Kuhn added.

Granite Quarry Elementary School principal, April Spry, was the runner-up for Principal of the Year. In addition to White, Beginning Teacher of the Year finalists included:

Prizes included more than $100 in Amazon gift cards, including donations from the Epsilon Chapter of DKG, flowers from Big Dog Flowers, a basket provided by Maia Smith at Coldwell Banker CK Select, and a variety of local gifts from North State Candle Co., Stitches in the Grove, Woodleaf Lanes and the N.C. Transportation Museum.