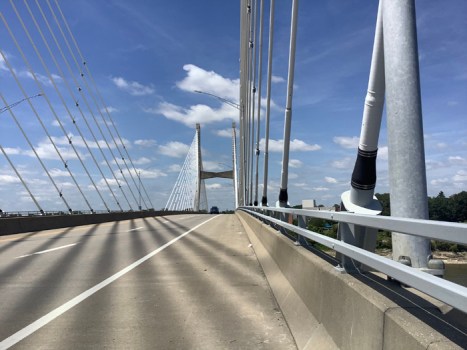 The Bill Emerson Memorial Bridge lights up at night and is about three-quarters of a mile long but just about half of that is over water. David Freeze photo 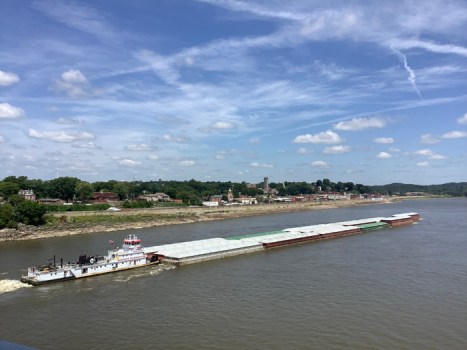 A tug pushes a load of barges upstream on the Mississippi River. David Freeze photo 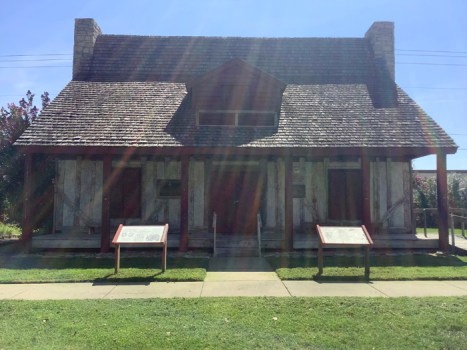 Co-Commander Meriwether Lewis of the Lewis and Clark Expedition met with local Cape Girardeau authorities in this house in 1795. David Freeze photo 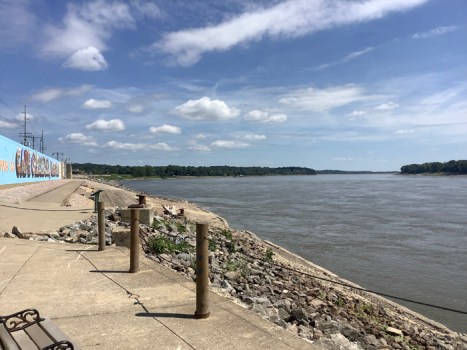 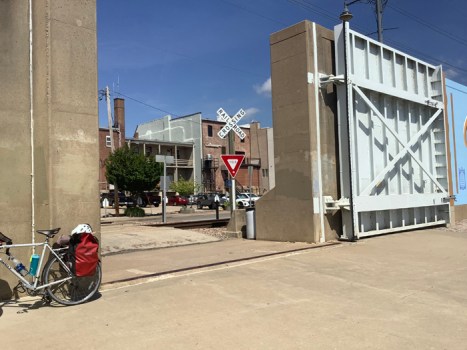 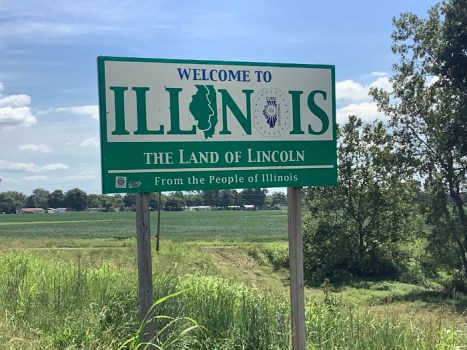 David Freeze rode his bike across a magnificent bridge into Illinois and then back across. Illinois looked a lot flatter. 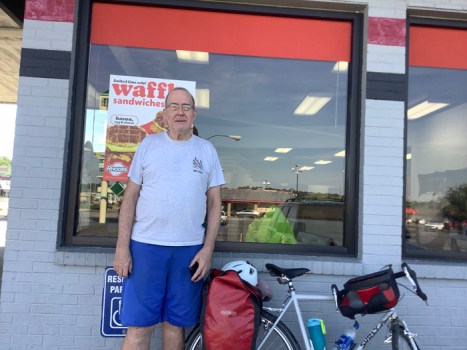 Dale Nittinger is an expert on all things Cape Girardeau. David Freeze photo

This morning, my plan was solid. I wanted to get to Cape Girardeau, Missouri, as quickly as possible and explore it very well before moving on south. I knew Cape Girardeau had tons of history and a beautiful view of the Mississippi, plus a magnificent new bridge.

Just past sunrise, I took the bike out of the Super Eight Motel and got right on Interstate 55. I rode hard with the trucks on the cool morning and after about 35 miles, I was standing on the Cape Girardeau waterfront. Just a few blocks before, Dale Nittinger filled me in on all things Cape Girardeau, very helpful stuff.

There was so much to see in a city that has Lewis and Clark, Civil War and Mark Twain history, with it’s heritage and that history spread over 250 years. The downtown area is upscale, lots of nice shops but there is also plenty for the rest of us. The Red House played a part in the Lewis and Clark Expedition in 1803 when the explorers stopped into an already thriving settlement of over 1,000 people for dinner.

All of the waterfront has a flood wall with huge doors, ready to be closed to seal out the rising water. Murals are painted on much of the vast wall, and there is a specific area for just sitting and watching the river flow.  River business was underway with tugboats pushing barges up river. Dominating it all was the magnificent and modern Bill Emerson Bridge.

I rode across the bridge into Illinois, surprised to see how flat the land was as far as I could see on the other side. Different than the ever rolling hills of Missouri. With no better and closer roads on the Illinois side, I just turned around and rode back into Cape Girardeau. Back to the hills.

I used both U.S. 61 and I-55 this afternoon to continue south. Eventually they both stopped rolling so much and thankfully so. I had booked another Super Eight Motel room in Sikeston, my home for the night, and was surprised to see that I have a half size room compared to the humongous one and nice view from the previous night. This one is a tight fit for both me and the bike, and the bed is normal size with only three pillows. Last night, I had five! A mostly good 71 miles today.

One interesting tidbit, I was told to check out the Lambert Cafeteria. It is famous for the staff throwing rolls to the patrons and they’ve been doing it for years. It is just half a mile away!

If all goes well, this will be my last night in Missouri, hopefully ending up in Arkansas tomorrow. Not many chances of sighting the river will be available but the front desk guy here told me to check out a place called New Madrid. I plan to do that. It has a beautiful waterfront and a first class museum, both of which will highlight tomorrow.

I’m looking at maybe Blytheville, Arkansas for tomorrow night. If that works out, we’ll be down to less than 500 miles to New Orleans. Thanks for sending your questions and thoughts, and especially for the prayers. See you tomorrow!