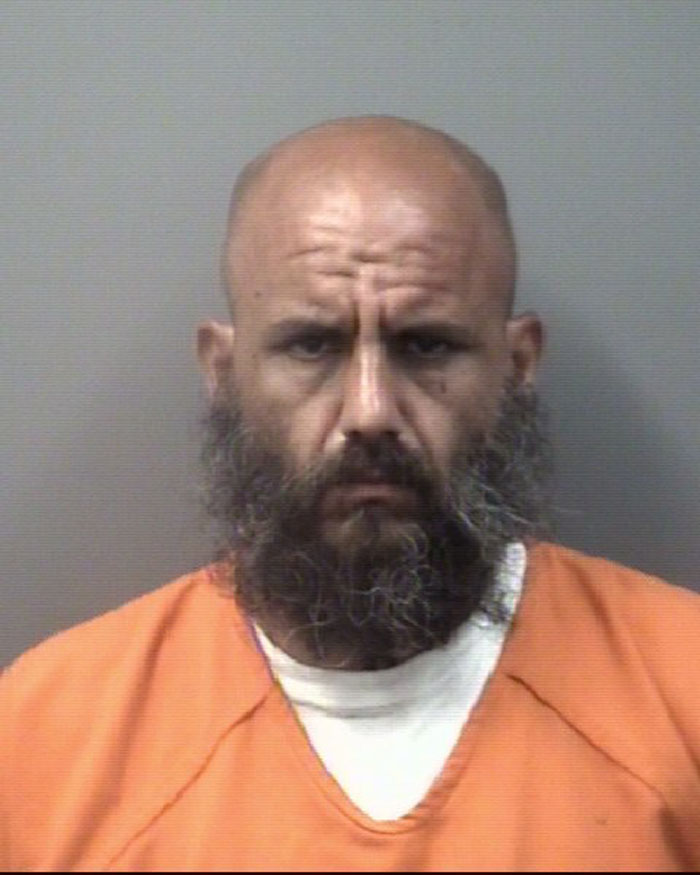 MT. ULLA — Rowan County Sheriff’s Deputies faced off against a man who insisted he was God for nearly four hours Wednesday night before finally arresting him without serious injury to anyone.

Just before 8 p.m., a resident of North Carolina Highway 801 called 911 saying a man was trespassing on their property. The resident was armed and had the man in sight.

When deputies arrived, they could see the resident standing on the railroad tracks behind the property, and the alleged trespasser was standing on the front porch. Deputies reported they could clearly see the man had a knife in his right hand.

The man told deputies that his name is Jonathan Mayers, but he also told them he was “God in the flesh,” and that the property he was on was his, that the “whole world is my property.” He added “your Tasers and your guns will have no effect on me.”

When officers tried to approach, Mayers backed up on the porch to a metal rocker and sat down. Deputies called in negotiators and a special response team to try to help resolve the situation, and they continued to try to convince Mayers to come down from the porch.

At one point, he did put the knife in a sheath at his waist, but he also told deputies “if you continue to aggravate me you will lose all your possessions. If you approach me I will kill you … and strip you right on site and leave your body for the animals.”

At one point he told police he was walking from Salisbury to his home in Asheville where he lived at Biltmore House.

He did admit he had taken methamphetamines about 30 minutes before officers were originally called. While negotiators were trying to convince Mayers to surrender, other deputies took the resident to the magistrate’s office where they were able to obtain an arrest warrant for Mayers on charges of communicating threats and second-degree trespassing.

The local fire department was called in to block the road in case the situation got worse, according to reports, but as deputies were working out a plan to try to bring an end to the situation, Mayers said he needed to use the bathroom and began to come down from the porch.

Reports state as he approached deputies, he reached down toward the knife, and a deputy used a Taser on him, and that turned out to be effective after all. Mayers was then handcuffed and taken into custody, but he was evaluated by EMS who had been called to the scene before he was transported.

When he was presented at the magistrate’s office, resisting arrest and violation of parole were added to his charges and he was held on a $50,000 bond for all but the parole violation. For that, he was held without bond.

Maj. John Sifford said other police agencies provided backup for calls during the standoff since so many deputies were involved in the scene, and RCSO “appreciates all of their help.”

Mayers has an extensive criminal history, including records of engaging in physical confrontation with officers, so Sifford said this particular call ended “much better than it could have.”