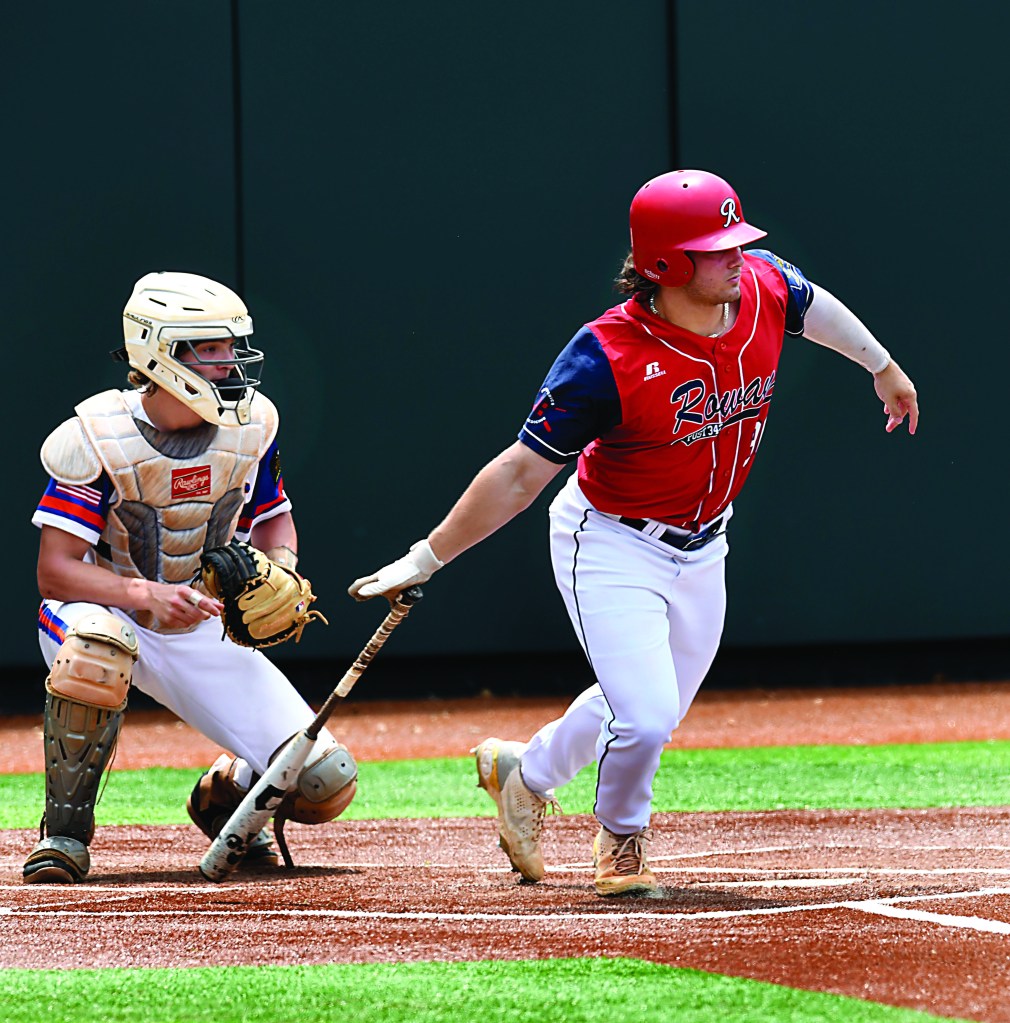 KANNAPOLIS — One of the great things about baseball is that one swing can change everything.

Rowan County appeared headed for defeat on Sunday night, but one sweet stroke by McCall Henderson changed the course of the game.

Henderson’s sixth-inning grand slam turned a 3-1 deficit into a 5-3 lead and Rowan was able to finish off  an 8-4 win at Kannapolis.

Rowan (27-7, 11-0) won its 12th game in a row and will have a perfect season in the Southern Division of Area III if it can beat Stanly County at home on Tuesday. Stanly County will come to Newman Park with a 6-5 divisional record.

Other heroes for Rowan County were Jackson Deal, who caught everything in center field and delivered three hits, and relief pitcher Drew Burton (4-0), who was outstanding after entering the game in the third inning. Rowan employed five pitchers, with starter Alex Hagler and Casey Crawford preceding Burton, and with Zander Burton, Drew’s big brother, and Luke Graham finishing on the mound.

Drew Burton got the last out in the third, then sailed through a strong Kannapolis lineup in the fourth, fifth and sixth. It was a well-earned win.

The first four innings belonged to Kannapolis pitcher Joe Javier, a Pfeiffer recruit from Cox Mill, who had a 7-0 record when the game began.

With Javier making quick work of Rowan’s lineup, Kannapolis took advantage of walks and built a 3-0 lead. A double steal set up two Kannapolis runs in the third.

Rowan started to figure out Javier in the fifth when two-out hits by Matthew Connolly and Cole Johnson got Rowan on the scoreboard. Johnson tried to score on a hit by Deal, but was thrown out at the plate.

Then all heck broke loose in the sixth, as Rowan batted around.

Hits by Aiden Schenck and Blake Hill and a walk to Casey Gouge filled the bases. After Zach McNeely lined out, Henderson unloaded the bases in a hurry with his blast to center field.

Henderson homered for the second straight game. A strong, left-handed jayvee player who is a rising junior at East Rowan, he’s become a big part of Rowan’s lineup.

Kannapolis got a run in the seventh, but the game ended on a double play, with Deal making a catch and throwing out a runner trying to advance to third.

Kannapolis (15-6, 6-4) has regular-season games left with Mooresville and Davidson County following the holiday.

The best-of-three first round of the Area III playoffs starts on July 8. Rowan has secured a first-round bye.