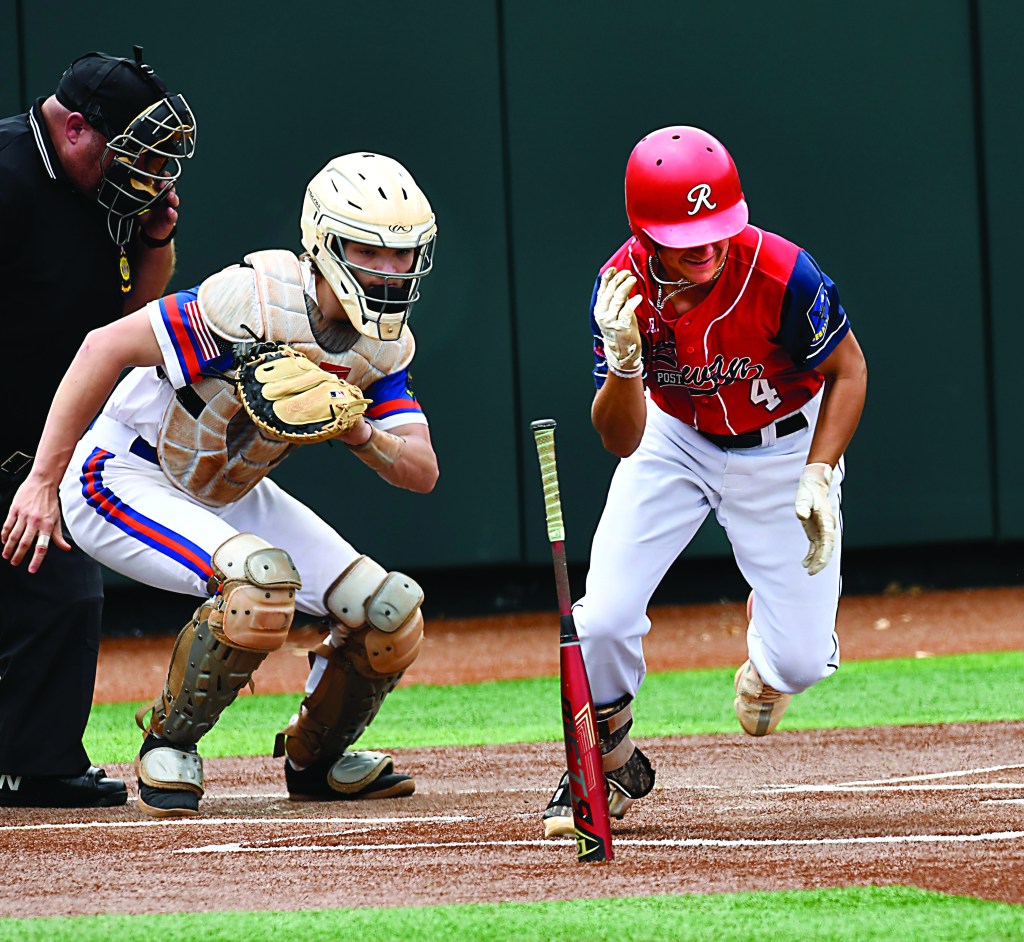 In a 6-0 victory, Gouge struck out seven at Newman Park and stayed in control of the action.

Kannapolis had two singles in the second inning, but after Gouge got through that inning it was smooth sailing. Kannapolis (15-5, 6-3) managed only five hits, with Pfeiffer recruit Joe Javier accounting for two.

Gouge, a Catawba recruit from West Rowan, had his fastball sinking and running. Gouge (7-0) threw 61 of his 89 pitches for strikes, and Rowan fielders turned in a flawless game behind him. Center fielder Jackson Deal keyed the defense with a diving catch and a nice running catch.

The game was dominated so much by the starting pitchers that it sailed right along into the fifth inning before it was an hour old. It was over at 8:47.

Kannapolis pitcher Brandon Moore matched Gouge in the early going and took a no-hitter to the bottom of the fourth.

Deal got Rowan started with one out in the fourth when he smashed a double down the left-field line. Aiden Schenck’s single to right plated the game’s first run.

Cole Johnson delivered a game-changing hit for Rowan in the fifth when his two-out, two-run single chased home Luke Graham and Cameron Burleyson for a 3-0 lead. Deal whacked his second double to drive in Johnson, and Rowan had staked Gouge to a secure 4-0 lead.

Rowan tacked on two more in the sixth. Zander Burton walked and worked his way around the bases, sliding home when a pitch got back to the screen.

McCall Henderson then unloaded his second homer of the summer, a shot over the right-field wall for Rowan’s final run.

Moore (4-2) went the distance for Kannapolis,which has lost two straight for the first time all season.

Rowan (26-7, 10-0) lost two early games to Kannapolis that didn’t count in the league standings, but has made some strides in recent weeks.  Rowan now has won 11 straight.

Rowan gets a night off on Saturday and plays Kannapolis at Northwest Cabarrus High on Sunday.

NOTES: Buddy Poole, in his 21st and final season of Rowan Legion broadcasts, handled this one solo, with Ken Anderson on vacation in Aruba. National anthem vocalist Neil Wilkinson visited the booth mid-game, and he and Poole carried on a running conversation the rest of the way. … Kannapolis shortstop Ty Hubbard and Rowan’s Deal were long-time teammates at South Rowan High and were in opposing dugouts for the first time. … Kannapolis’ task now is trying to finish second in the Southern Division of Area III. Rowan will be first and Concord will be last, but a lot can still happen in the middle.