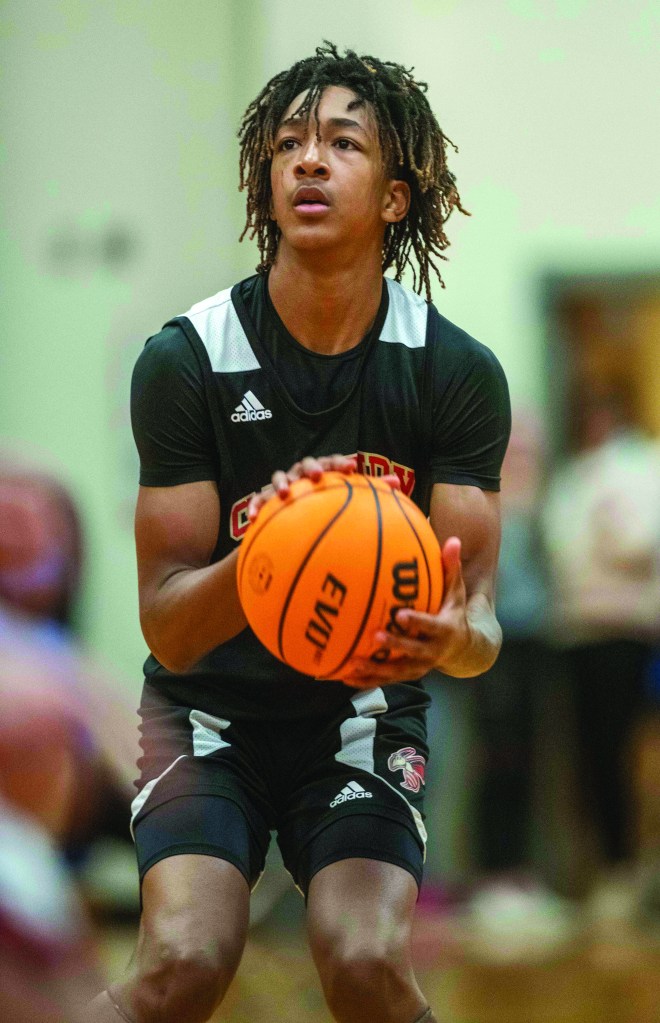 He has the ball-handling skills, the length and the defensive versatility that college coaches crave. He also has the GPA.

Harris developed solid guard skills growing up, and he is being listed now at 6-foot-4, 6-foot-5 or even 6-foot-6.

Maybe the most important thing is he’s still growing.

He was about 6-foot-1 as a high school freshman. He was West Rowan’s sixth man in a season that was shortened by COVID. He averaged 8.4 points per game and showed serious potential.

He had one college offer prior to his sophomore season at Salisbury High — from Western Carolina.

He continued to grow and poured in a county-leading 23.1 points per game for Salisbury as a sophomore, mixing a ton of free throws, with deadly shooting on 2s and respectable shooting on 3s. He scored 20 or more points 20 times and put up a high of 35. Defensively, he got a lot of steals. He still had some work to do, but his ceiling was obviously very high.

Harris has enjoyed a huge summer on the AAU circuit that has boosted his stock statewide — he’s now ranked No. 7 in North Carolina in the Class of 2024 — and even nationally where he’s going to start appearing on every list.

He’s shot the ball extremely well with range this summer, making nine 3-pointers in one recent outing. He was “Most Outstanding Player” at the recent Phenom Team Camp.

Harris seems to get a new D-I scholarship offer every day.

He announces each offer on social media, with every school, no matter how large or small, getting a “blessed to receive an offer from …”

Harris has scheduled visits to Tennessee, N.C. State and Richmond this week.