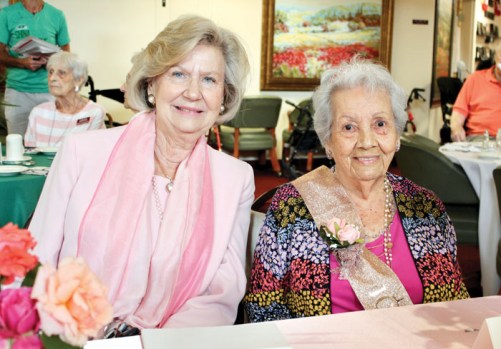 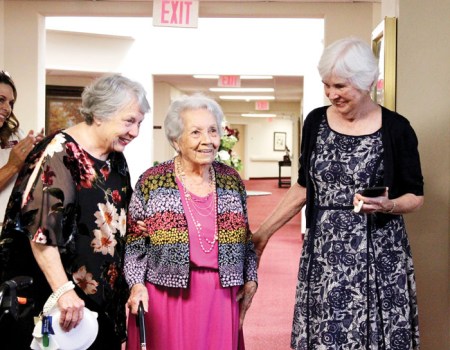 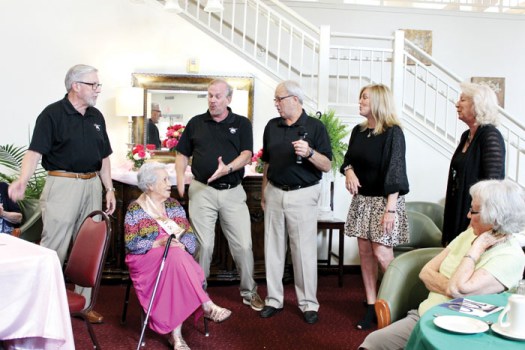 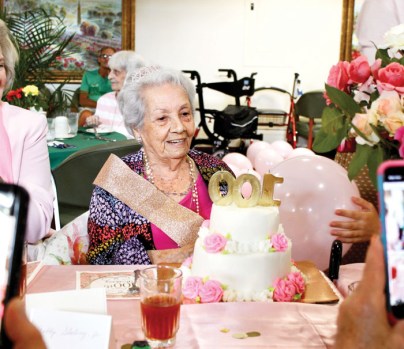 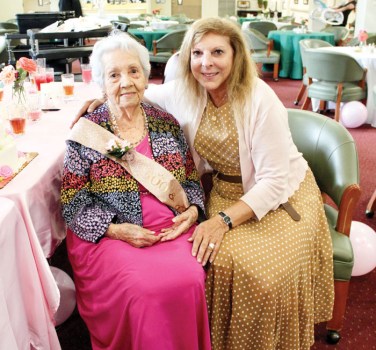 SALISBURY — Surrounded by 100 friends and with a heavy NASCAR theme, Cora Kirkman enjoyed her 100th birthday celebration at Oak Park Retirement. Kirkman and her husband were original stockholders for the Charlotte Motor Speedway, and she’s been to many races. But her friends came to her on Tuesday afternoon, each one with a rose and a balloon. Some of those NASCAR friends joined by Zoom as Marcus Smith, Kyle Petty and Doug Rice all wished her a special day. Kent Bernhardt, of Performance Racing Network, was the master of ceremonies.

Born in Brazil on June 7, 1922, Cora came to America and became a fashion designer in Washington, D.C., where she counted Jackie Kennedy as one of her many celebrity clients. Cora eventually married her husband, Mickey, and moved to Salisbury, making the ideal couple as they traveled extensively while he worked as a conductor for Norfolk Southern.

Cora taught guitar and belonged to the Rose Society, winning numerous awards for her arrangements. She also volunteered with the Special Needs Program at St. John’s Lutheran Church, the American Red Cross and other organizations as she always thought of others before herself. Cora has maintained a love of learning and her life is an image of her faith in God.

Salisbury Mayor Karen Alexander proclaimed June 7 as Cora Kirkman Day. She said, “I get to do a lot of fun things as mayor but one of the best is joining with our city council to honor Cora’s 100th birthday.”

Longtime friends and fellow Oak Park residents Jean Hinckley and Anne Hollifield escorted Cora into the dining area where her surprise birthday party waited. Hinckley said, “This lady doesn’t have family, but she loves the special event and the music. I’ve known her for five years and sometimes chauffeur her around. She welcomes people, makes them feel at home and I always enjoy visiting her.”

Hollifield said, “We both moved in at Oak Park the same year, just about a month apart. She’s like a grandmother to me. She speaks with a Portuguese accent that is sometimes hard to understand, but she is so caring and likeable. She loves her Lord. Tears came to my eyes today when I thought of her and the time we’ve spent together talking and watching TV. She doesn’t usually get up for breakfast but if we have something that she likes, country ham as an example, I enjoy bringing it to her. She knows my knock!”

Cora sat through slicing of her cake, a champagne toast and congratulations from her many friends. When asked about her party, she said, “I don’t have words. I didn’t know this was planned, but I enjoyed the dancing and the entertainment, especially the Frank Sinatra and Elvis music. They are my favorites! Now that I’ve made it to 100, just watch me. I think 120 is possible. I love living here at Oak Park, but I can tell you that after all of this, I am going to sleep for two days. They’ll want to know if I’m still OK.” Cora danced with Bernhardt and others, smiling and talking the whole time.

A little-known fact is that Cora once had to falsify her age to get into college, setting up the fact that another 100th birthday could be celebrated next year. She’s planning another fun year and will decide later if a second 100th birthday is really in the cards or if she starts building toward 120.