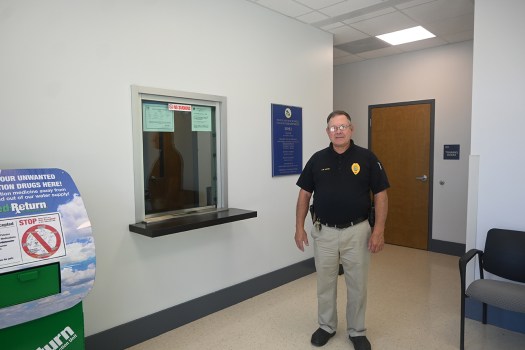 Madeline Wagoner/Salisbury Post — Chief Hugh Bost of the Rockwell Police Department stands in the lobby of the brand new facility, a needed upgrade from the previous, water-damaged department. 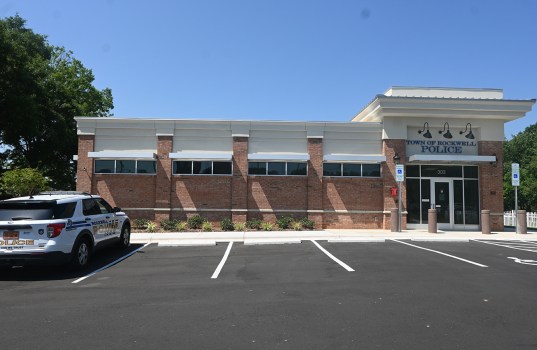 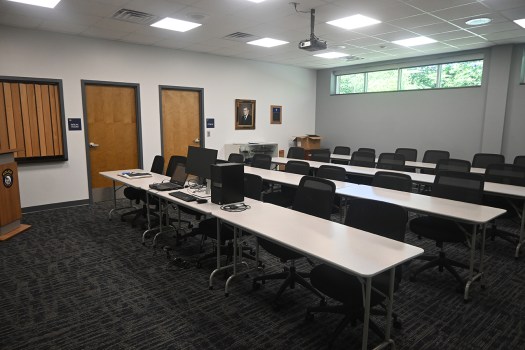 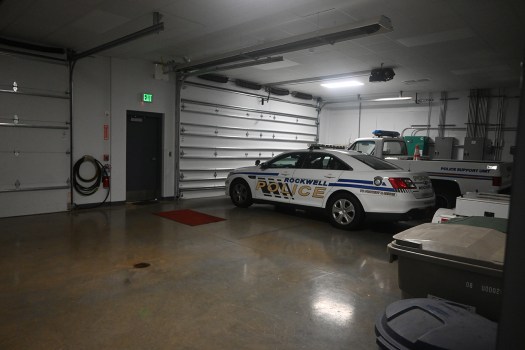 Madeline Wagoner/Salisbury Post — The new garage at Rockwell Police Department garnets easy access to the back of the building where the booking and evidence room reside. 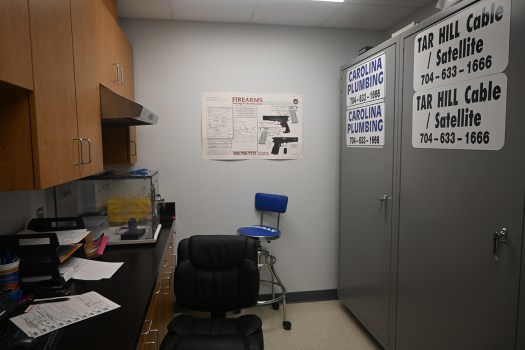 Madeline Wagoner/Salisbury Post — Inside the evidence analysis room where evidence lockers can be accessed from the back. 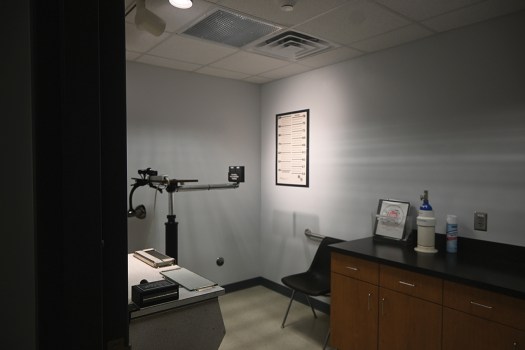 ROCKWELL — Rockwell police have moved into their new location on Highway 52 that features efficient floor layouts and everything they need to perform their sworn duties.

Chief Hugh Bost gave the Post a tour of the new building that he worked with project manager Dan Norman to bring to completion.

“This is like a dream come true,” said Bost, who has been police chief since 2001 and seen the office space become tight as the number of officers grew.

This wasn’t the chief’s first time overseeing such construction. In the 1980s, Bost worked as fire chief at the Rockwell Fire Department, which also built a new facility.

The Rockwell Police Department spent a year and a half gathering funds for the project, needing $1.46 million. The new building assembly began in September 2020 along with parking lot pavement in December 2021. Last month,  construction was completed.

Bost explained the benefits of the bigger building, saying the layout increases productivity and ease of access for the officers. The former station was significantly damaged after Hurricane Florence in September 2018, nearly collapsing the front of the building with cracks wide enough to fit a hand inside. Additionally, repairing the old structure would have cost more than starting from the ground up.

“It didn’t make sense to pay the same money for a bandaid repair on the old building,” he said. “We needed a better office space anyway, there just wasn’t enough room for the officers and what we needed.”

The inner workings of the building are arranged in an “L” shape with a parking garage in the back for inmate intake and vehicles. The lobby leads to a training room and interrogation room on the right, an office space for sheriff’s deputies on the left and an office for Bost on the same side.

From there, the hallway takes a right to lead to an IT room that supplies the networking for almost the entire town of Rockwell and a break room.  Additional office spaces for employees are on the left. The end of the hallway has a collection of various rooms, including a booking room, evidence analysis room with two-way entry lockers, workout space for officer health and bathrooms with showers. The department awaits an intoximeter that will be installed in the booking room.