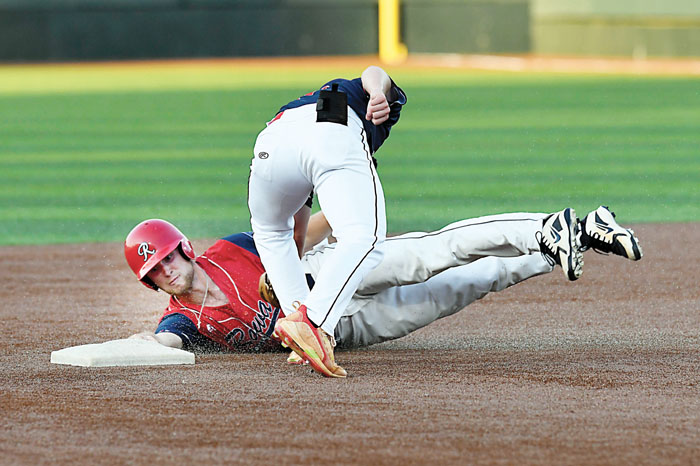 Blame starting pitcher Casey Gouge, a Catawba recruit, for that.

Staked to a 6-0 lead in the bottom of the first inning, Gouge never let Cherryville make things interesting at Newman Park. Rowan cruised 8-1 over the perennial Area IV powerhouse, which is still waiting for the players from the 1A West Region champs from Cherryville High School.

Cherryville had no shortage of baserunners — there were no 1-2-3 innings for Gouge — but Gouge always made the pitch he needed to make to strand the runners.

Jackson Deal set the table in the first with one of his three hits.

Consecutive base hits by Cole Johnson, Deal and Aiden Schenck opened the Rowan fourth, and Zander Burton’s double to the gap made it 8-0.

Rowan (4-3) had the bases loaded with no outs in the fourth and had every opportunity to make it a five-inning, 10-run rule blowout, but wasn’t able to finish off the visitors.

Gouge (2-0) struck out five in five innings of work, while allowing only one walk.

McCall Henderson, a young lefty from East Rowan, pitched the sixth, while Matthew Connolly, who does a little bit of everything, pitched the seventh.

Zane Brockman got the hit that finally put Cherryville (3-4) on the scoreboard, with two outs in the seventh.

Rowan is off tonight but plays Mocksville at Rich Park on Wednesday in a game that won’t count in the Southern Division of Area III standings.