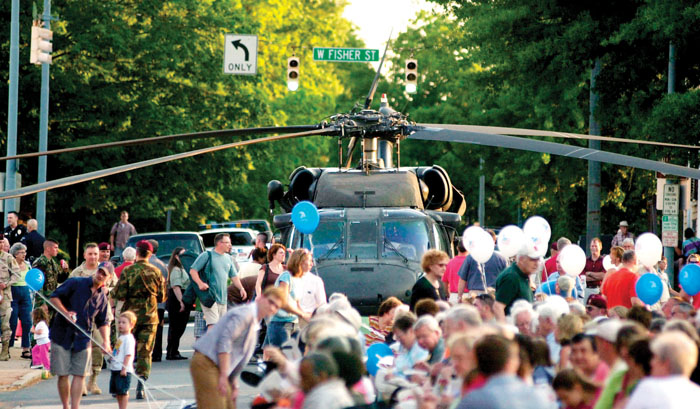 A Blackhawk helicopter from the local helicopter unit Company B 126th Aviation Blackhawk Unit sits parked on Church Street for display at the Pops at the Post Concert. The second year that the free concert was held on the loading dock of the Salisbury Post. Photo by Jon C. Lakey,Salisbury Post.

SALISBURY — In anticipation of downtown’s new social district, Pops at the Post will be making local brews a part of its event this year.

Downtown Salisbury is planning to implement a social district in the coming weeks, allowing people to purchase alcohol in specially marked cups from state-licensed businesses and restaurants and walk around a designated area.

While the district won’t be operational when the Salisbury Symphony and Swing Band play at the Salisbury Post and Bell Tower Green on June 4, Pops at the Post’s organizers decided to embrace the spirit of the district anyway. New Sarum Brewing will be on site offering local lagers and other beverages. The brewery will be stationed among the other food and drink vendors on Fisher and Jackson streets.

No outside alcohol will be allowed at the event. Beverages purchased from Salisbury Wine Shop and New Sarum must be consumed within the boundaries of the park.

For those looking for a bite to eat before, during or after the performance, This Little Piggy BBQ Smokehouse will be offering smoked meats and homemade sides. Mr. Cone Ice Cream will be serving up cones, shakes, sundaes and banana splits, perfect cold relief for what could be a hot day. Meat on a stick and corn on the cob will be sold by Som and The HotDog Shack is planning to attend.

Cheerwine and Diet Cheerwine will be available at a trailer on the north side of the park, near West Innes Street. 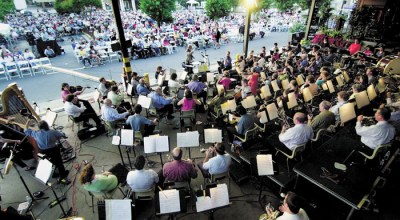 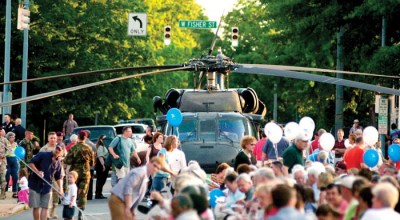