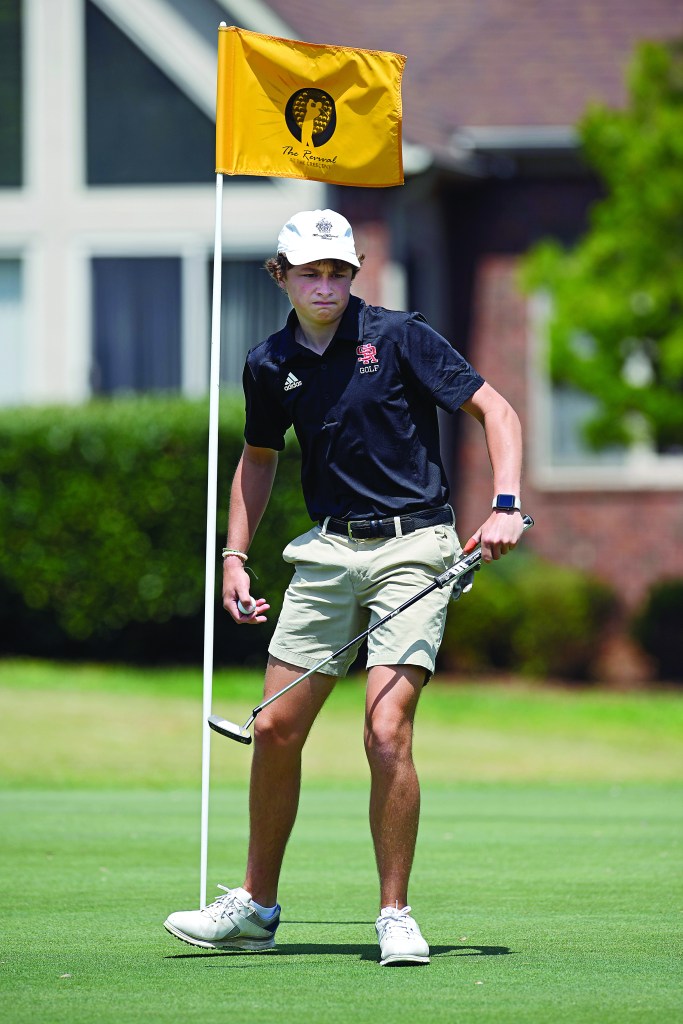 Karma Little had a triple and two RBIs. Gracie Brown also had a big game for the Wonders, who rallied to tie the game in the seventh and won in the eighth inning.

Hickory Ridge will be the Wonders’ opponent in the finals. The Bulls beat Lake Norman 5-2 on Wednesday.

West Rowan had one of its stronger efforts but lost a 4-3 thriller against Concord on Wednesday.

Anna Mead had two assists, while Rebekah Walters had one. Emily Kelly made 10 saves.

East Rowan plays South Rowan tonight at South at 7 p.m. in a game that will determine the South Piedmont Conference’s top seed for the 3A state playoffs.

East won 3-1 against Carson in Tuesday’s semis behind Cameron Padgett.

South used ace Haiden Leffew in a tense 5-4 win against West Rowan, which had the bases loaded when the final out was made.

It’s expected to be a Chance Mako-Carson Crainshaw mound matchup.

South used Chandler Oddie in a 6-1 first-round win against Lake Norman Charter, while East relied on Nate Hayworth in a first-round romp against Concord.

South has a great senior class, but could be good again in 2023.

The second-seeded and unbeaten Hornets won 5-1 over the Comets. Doubles weren’t required.

North Stanly’s Ethan Huneycutt topped Wyatt Goodnight at No. 6 in a match that went to a third-set tiebreaker.

• The third round of the dual team state playoffs will be played on or before May 9. Next for second-seeded Salisbury is sixth-seeded Lincoln Charter.

South Rowan’s Joey Caraccio will be playing in the 3A State Championships in Burlington.

A.L. Brown’s Jayden Wellman qualified for the 4A State Championships in Raleigh.

Carson senior Mary Spry was selected to play for the West squad in this summer’s East-West All-Star Game in Greensboro.

Spry has signed with Catawba.

State Championships are coming up on Monday and Tuesday.

Salisbury’s team qualified for the 2A Championships to be held at Foxfire Red.

GARS members played in the Salisbury/Rowan Senior Games GolfTournament at the Revival at the Crescent.

Medinger won overall low gross with a 72 and shot 4 strokes below his age of 76. Ray Pope made the longest putt on No. 10.

Calvin Smith had closest to the pin. T. Honeycutt had longest putt.

UNC Greensboro’s Nick Lyerly (East Rowan) was voted Southern Conference Player of the Year and is the first from the program to receive that honor.

Lyerly was Player of the Month for the conference three times in a dominant season. His stroke average was 69.

Lyerly still has another season of eligibility at UNC Greensboro and will play for the Spartans while he works on a Masters degree.

Lyerly made the NCAA Tournament as an individual and will play in a regional in Florida.

Richmond’s Michael Childress (of Salisbury) finished the Atlantic 10 Championships with a 2-under 70 and tied for 17th. Childress had a hot start to the round that included an eagle.

No official announcement by Catawba yet, but several sources said on Wednesday that the Indians are making a head-coaching change.

The Indians were in a tough spot this year, losing some key players to transfer, and with only a handful of veterans, and the season did not go well — 5-33 overall, 1-23 in the South Atlantic Conference and 0-16 in road games.

Owen White (Carson) had a great start on Friday for Hickory in a 6-1 win at Greenville.

White struck out nine in six innings. He allowed two hits, one run and one walk.

Vancouver’s Colton Laws (Carson) is on the 7-day injured list.

Catawba signee Logan Rogers (Carson) has six  homers and 39 RBIs and is batting .329 for Southeastern-Whiteville.