In bid for Superior Court judge seat, Gould wants to ensure job is being done efficiently 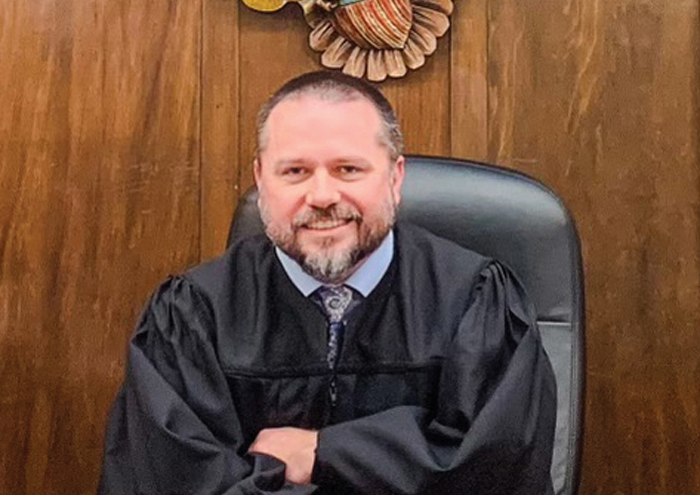 SALISBURY — Judge Tim Gould was shocked several weeks ago when two attorneys approached the bench to pay him a compliment after he ruled on a motion in a civil court case.

“I had two attorneys approach me after their case, both of which had about 20 years of experience, and they came up and thanked me on the bench for the work I did,” Gould said. “I said, ‘Well, thank you. But I don’t know what you’re talking about.’”

Gould said the attorneys told him they appreciated the fact that he’d studied the law before court to understand the case. Gould was surprised to hear that isn’t the norm.

Gould, who is running to retain his seat as Rowan County Superior Court judge, said he doesn’t want to be a judge for the title, but because he wants to do the work that comes with it.

“The reason I got into this and the reason I care about it so much is because I actually want to do the job of making sure that our legal system is doing what it’s supposed to do and that’s ensuring justice under the Constitution for the people of the county and state,” Gould said.

Gould was appointed by Gov. Roy Cooper in June to fill the remaining term of Superior Court Judge Anna Mills Wagoner, who retired in May. Gould is being challenged in the Republican primary by local attorney Michael Adkins. The two recently participated in a candidate forum where they discussed how they’d approach the position.

Early voting starts on April 28 and the primary is on May 17. Absentee by mail voting is currently underway.

Gould was born and raised in upstate New York. He eventually moved with his family to North Carolina and enrolled at Appalachian State University, where he earned a bachelor’s of science in business administration. Gould attended law school at Duke University and graduated in 2005. He started working as an assistant attorney in Durham and was hired for the same position in Rowan County in 2009.

To avoid any conflicts of interest, Gould didn’t preside over a case in Rowan County for six months after he was sworn in. During that time, he settled into the position while overseeing cases primarily in Guilford County.

“So far, I love it. It’s great,” Gould said. “I get to go up there and make sure that people’s constitutional rights aren’t being violated, the law is being applied correctly, the lawyers are following proper trial procedures. I get to be in there to make sure we’re actually hearing cases and not continuing cases.”

He also traveled to Caldwell, Union, Rutherford and Lincoln counties to preside over cases, primarily mid-level criminal offenses. Gould said presiding over criminal cases felt natural thanks to his experience as a prosecutor.

“It’s all stuff I’ve seen before so it was very easy to transition in,” Gould said.

Gould said handling civil cases — something he didn’t have extensive experience with in the past — has been a learning curve he’s embraced. He’s spent lots of time outside of the courtroom brushing up on civil law.

Gould returned to Rowan County in January and has been getting used to overseeing the functions of the courthouse, including dealing with COVID-19 considerations.

“I had initially removed social distancing and the mask mandate,” Gould said. “I had to put the mask mandate back because the COVID cases skyrocketed again, but then finally was able to remove those. That’s been a new experience: having to actually deal with everything that goes on in the courthouse, scheduling and scheduling different courtrooms.”

Gould said he’d like to bring more changes to the courthouse, but plans on waiting until after the election because two District Court judge seats and the Clerk of Court seat are up for grabs. If elected, Gould plans on bringing every stakeholder in the courthouse together to determine a way to cut down on the backlog of cases.

He expects a critical part of that plan to be a continuance policy — an expectation for how long cases can go before they are closed.

“I’d like to see a stricter approach across the board where everybody knows that when this case is in court, we’re expected to be moving them along expeditiously,” Gould said. “You’re not just going to be getting continuance after continuance.”

Gould said he is proud to have support from 36 local attorneys, adding that “a very high percentage” of people who come into the courthouse support his bid for the Superior Court seat.

Gould lives in Rowan County with his girlfriend, Shelli Breadon, and her son, Austin.

Adkins hopes to apply decades of legal experience to…