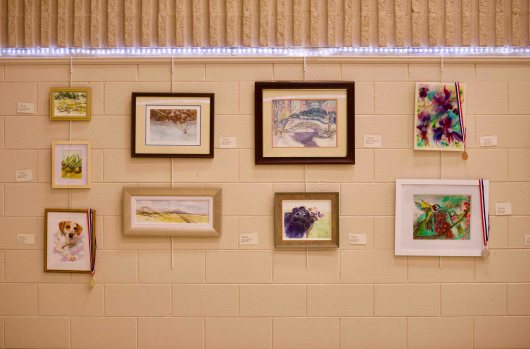 Carl Blankenship/Salisbury Post - Painted pieces were the most plentiful entries at the show. 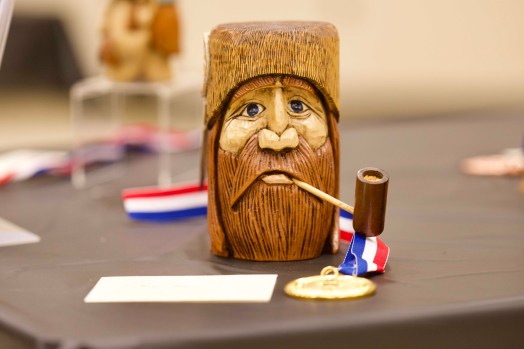 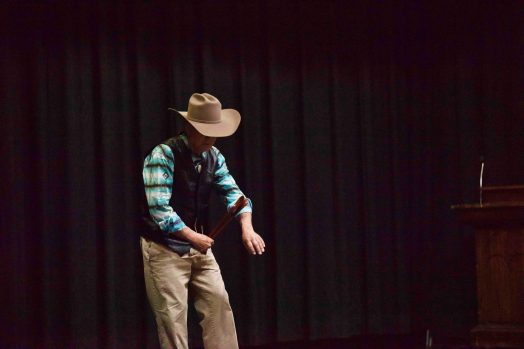 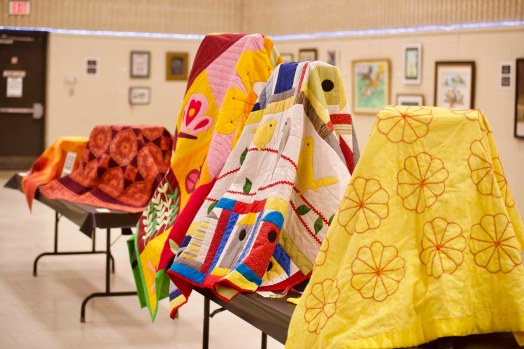 Carl Blankenship/Salisbury Post - Quilts lined up at the show.

SALISBURY — Local seniors got a chance to show their artistic endeavors to the community on Friday afternoon.

They get entries in all kinds of categories: Painting, photography, woodworking, carving, quilting, literature and more. There is also a performing arts section of the show.

The artwork was all staged and judged in the Salisbury Civic Center.

“We have judges that are trained specifically in the categories,” Lusk said. “They give first, second and third place.”

Winners in their categories can move on to the state SilverArts show. Friday afternoon the displays were opened to the public. The show was a bit more sparse than it was prior to 2020.

Coordinator Jeremy Bates said the show has not been advertised heavily because of the COVID-19 pandemic, but the hope is to do more and rebuild participation in the show next year.

N.C. Senior Games Ambassador George Kluttz said the event is known more for its sports programs, but the arts show has been a major draw in the past. He said it is disappointing to see participation decline in a sense, but the recognized the pandemic is to blame.

“COVID did a number on a lot of things,” Kluttz said.

He said the participation is down, but the show still garnered a lot of entries and the show is was still good.

“We’re going to rebuild just like a lot of programs are,” Kluttz said. “It’s really one of the better kept secrets in Rowan County.”

Jimmie Weaver has been carving for about 20 years, since he retired in 2002.

“I did a little before I retired, but I wasn’t as serious,” Weaver said.

He likes depicting adventurous historical figures like soldiers and mountain men, but he has done a bit of everything from relief carving to walking sticks. He said he learned a lot from the carving club at the senior center.

Weaver has had to stop carving for the moment because he is still regaining hand strength after undergoing carpal tunnel surgery. He said the SilverArts shows are the only time he gets to show his work and said there are fantastic artists in the show.

“I’ve been doing this I guess about 20 years,” Weaver said.

He said the competition is not as great at the moment. He won first and second places for carving because his entries were the only in the categories. He said over the years he has won some competitions he does not think he deserved and lost others when he thought he had a good showing.

“It would mean more to me if I had competition,” Weaver said.

There was more competition in other media. The back wall of the auditorium was filled with paintings and photographs.

Ann Hall has been interested in art her whole life. She said she works a lot with glass and entered one of her sculptures, but this year she also entered the photography category. She said she is most interested in intuitive art. Last year was the first time she entered, and she thinks the show will build back. One of her entries last year went to the state competition and won a third-place prize there.

“It’s something to look forward to,” Hall said. “I’ll do art regardless.”