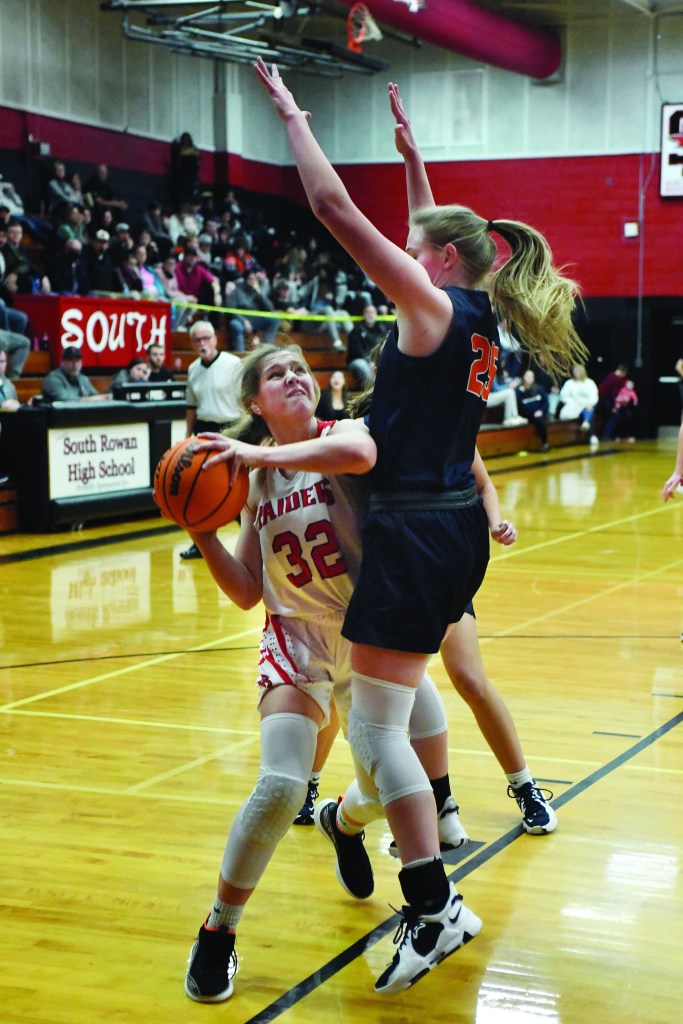 WEAVERVILLE — Second-seeded North Buncombe is one of the favorites to win the 3A girls basketball state championship and showed why in an 89-45 victory against South Rowan on Tuesday.

That’s a season high for points allowed by the Raiders, who made a long road trip to the mountains. They lost their last four games and closed the books with a 10-14 record.

“We gave our all, but that’s a solid team,” South head coach Alex Allen said.

Those two combined for 41 points, but North Buncombe (20-6) held the rest of South’s squad to four.

North Buncombe made a dozen 3-pointers and put five girls in double figures. The Blackhawks, who play in a split 3A/4A conference in the Asheville area, won their ninth in a row.

North Buncombe rolled up 25 points in the first quarter and stayed hot in the second. The home team led 49-23 at halftime.

Karlyn Pickens,  a 6-foot-1 senior who was the state’s Gatorade Player of the Year for softball as a junior, scored 22 points to lead North Buncombe.

Rymer finished her career with 1,063 points, eighth in program history. She didn’t play as a junior, but scored 475 points as a senior.

Rymer and Chabala led a positive season for South, which included a return to the playoffs.

Rymer is the only senior.

South had totaled six wins in the previous two seasons.

“It was a good season,” Allen said. “We improved a good bit, and I was proud of the girls.”